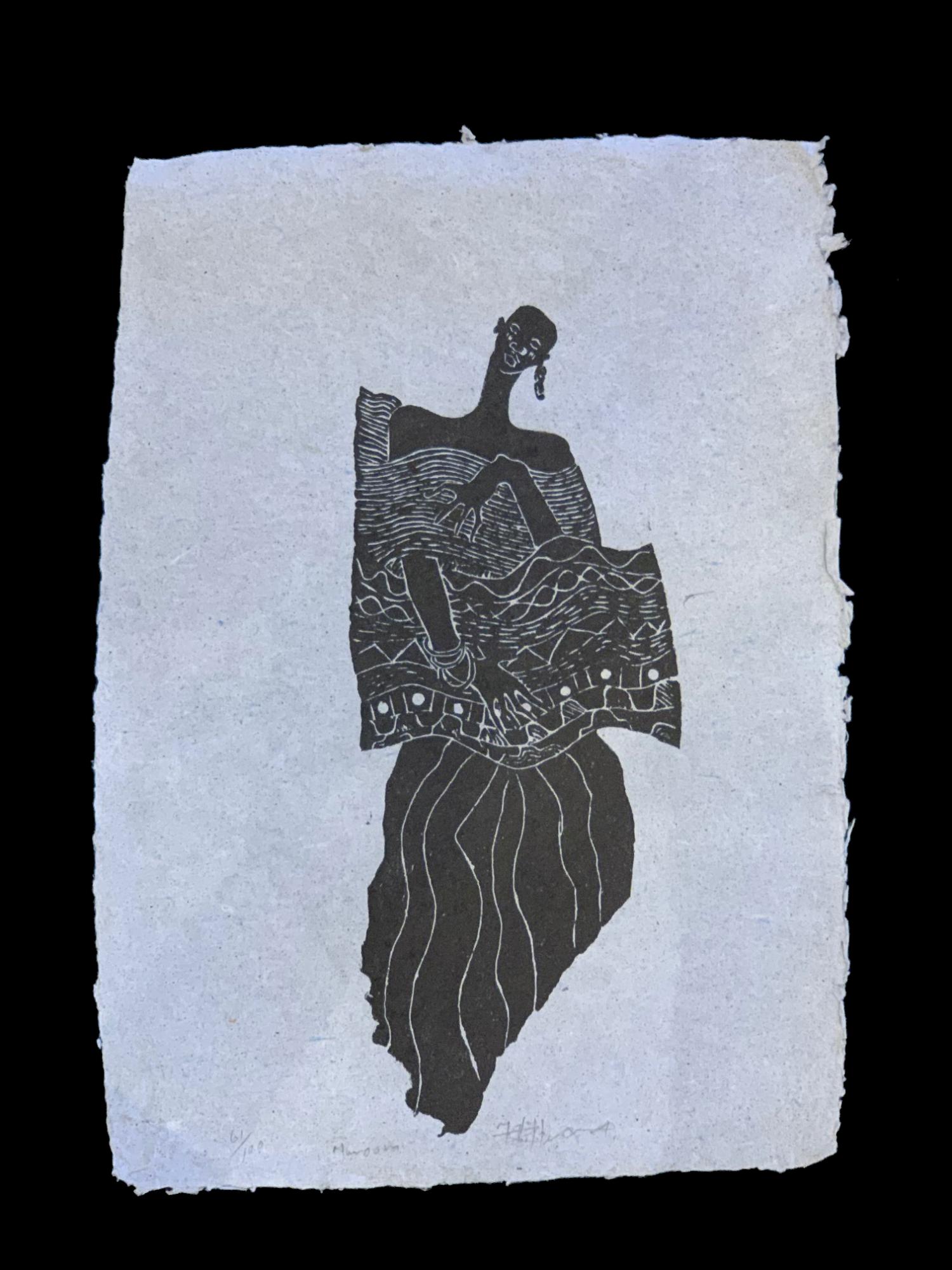 $595.00
A unique style of printing from an etched stone, then block printed onto rustic heavy stock paper depicting a Woman - limited edition signed #61/100.

Anderson Mukomberanwa (19682003) was a Zimbabwean artist known primarily for his stone sculpture. Mukomberanwa began his art career by studying with his father, the famed first generation Shona sculptor Nicholas Mukomberanwa, working with hard stones native to the region. Later in his career he took up printmaking, becoming interested in etching and woodblock printing. He was also a painter. He had his own style of art.
Anderson obtained a btech degree from Harare Polytechnic College in 1993.Thereafter he decided to go into art rather than pursue his profession as a civil engineer. Anderson died from cancer on 10 March 2003. He was a member of Zimbabwe's acclaimed Mukomberanwa family of sculptors. He is the son of Nicholas Mukomberanwa, he was the brother of second generation sculptors Taguma, Lawrence, Ennica, and Netsai Mukomberanwa, and the cousin of Nesbert Mukomberanwa.