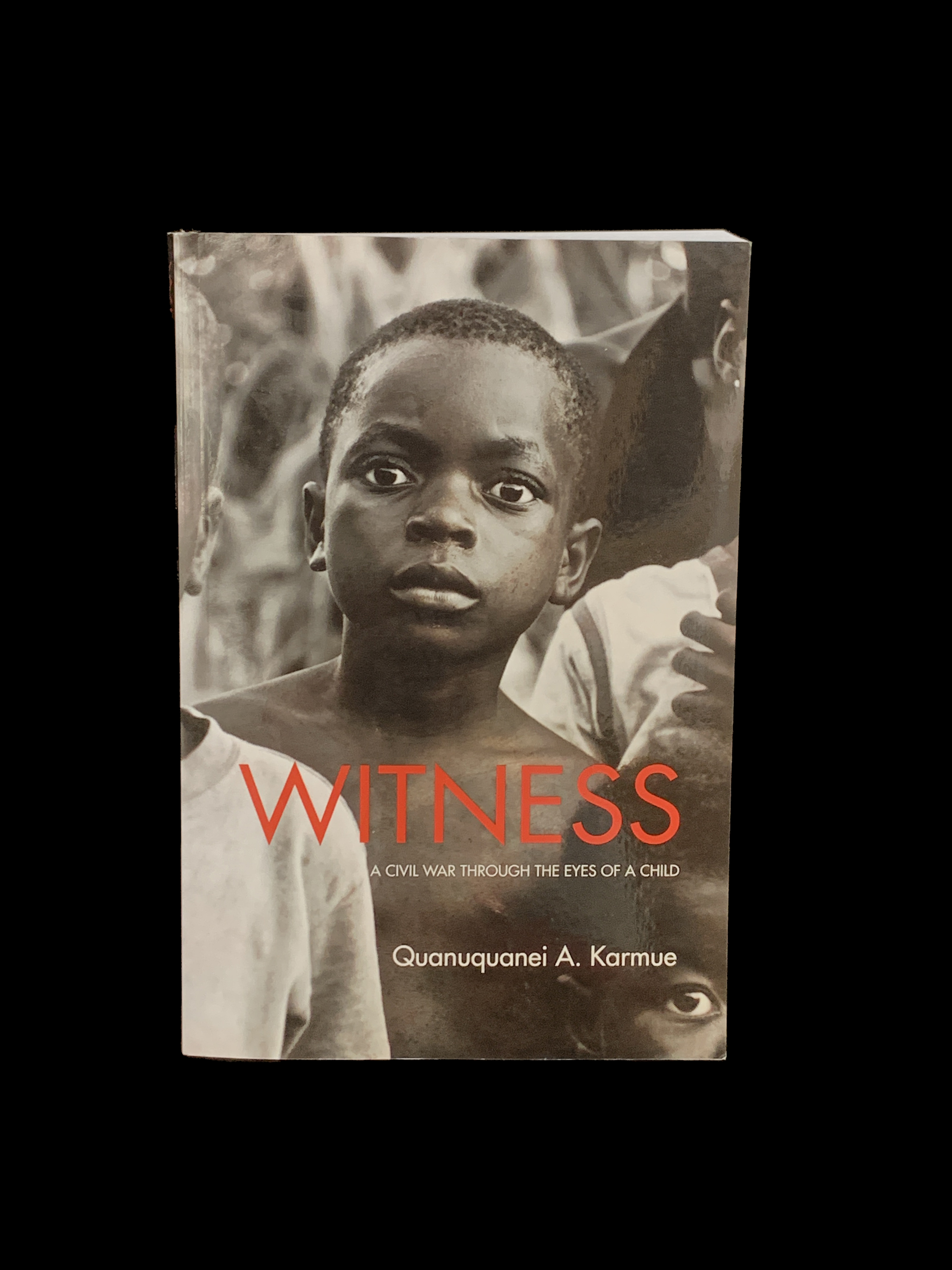 Witness - A Civil War Through The Eyes of a Child by Quanuquanei A. Karmue

Witness is the true story of a family separated by civil war. When a peaceful childhood in Liberia changed in an instant, 8-year-old Q was thrown into the bloodshed, terror, and violence of the Liberian Civil War. Confronted with massacred villages, child soldiers, constant hunger, and the daily threat of death from rebel forces and government troops, Q and his four siblings eventually made it through the horrors of war through the power, grace, and determination of his mother, Neyor.

This first book in the WITNESS series takes you back to 1991 through Q's reflections and experiences in the Liberian Civil War--from the once sleepy, safe village of Sugar Hill to surviving through destroyed farmland, drug-crazed child soldiers, and body-strewn streets-- all while his mother fights to protect her children. Ultimately, a confrontation with a ruthless, drug-crazed child tears the family apart and requires that his mother make a devastating choice with far-reaching consequences.

WITNESS will open your eyes to the darkest and most beautiful parts of humanity and make you see that on the other side of evil is good.

Witness - A Civil War Through The Eyes of a Child by Quanuquanei A. Karmue