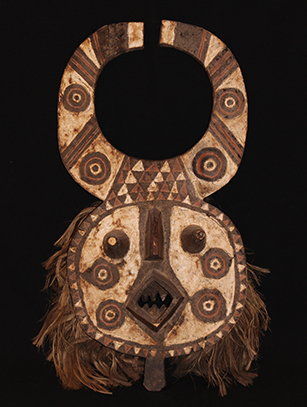 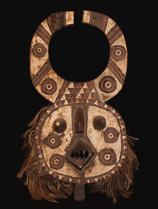 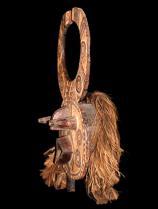 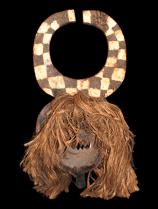 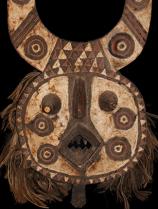 Among the so called Gurunsi peoples of Burkina Faso, which include the Winiama Peoples, masks provide for the continuity of life. They represent protective spirits, often in animal form, that watch over a family, clan, or community and ensure a good harvest. They also provide for the fertility, health and prosperity of its owners. This particular mask takes the form of a hippopotamus.
The mask was performed at a village purification ceremony.
They believe that they are protected by the spirits of nature that inhabit the world around them.
This is a passage from the book Art Of The Upper Volta by Christopher Roy.
A Winiama man was hunting in the bush near the Black Volta River one day years ago when he encountered a spirit that was so huge that it could not even stand on its four enormous legs. He asked the carvers in Ouri to produce a mask to represent the spirit, but they could not becuase they had never seen such a thing. Only the oldest men in the village had ever seen the being. The man finally found an elderly carver in Soubouy who could carve the mask as it had appeared to the hunter. -