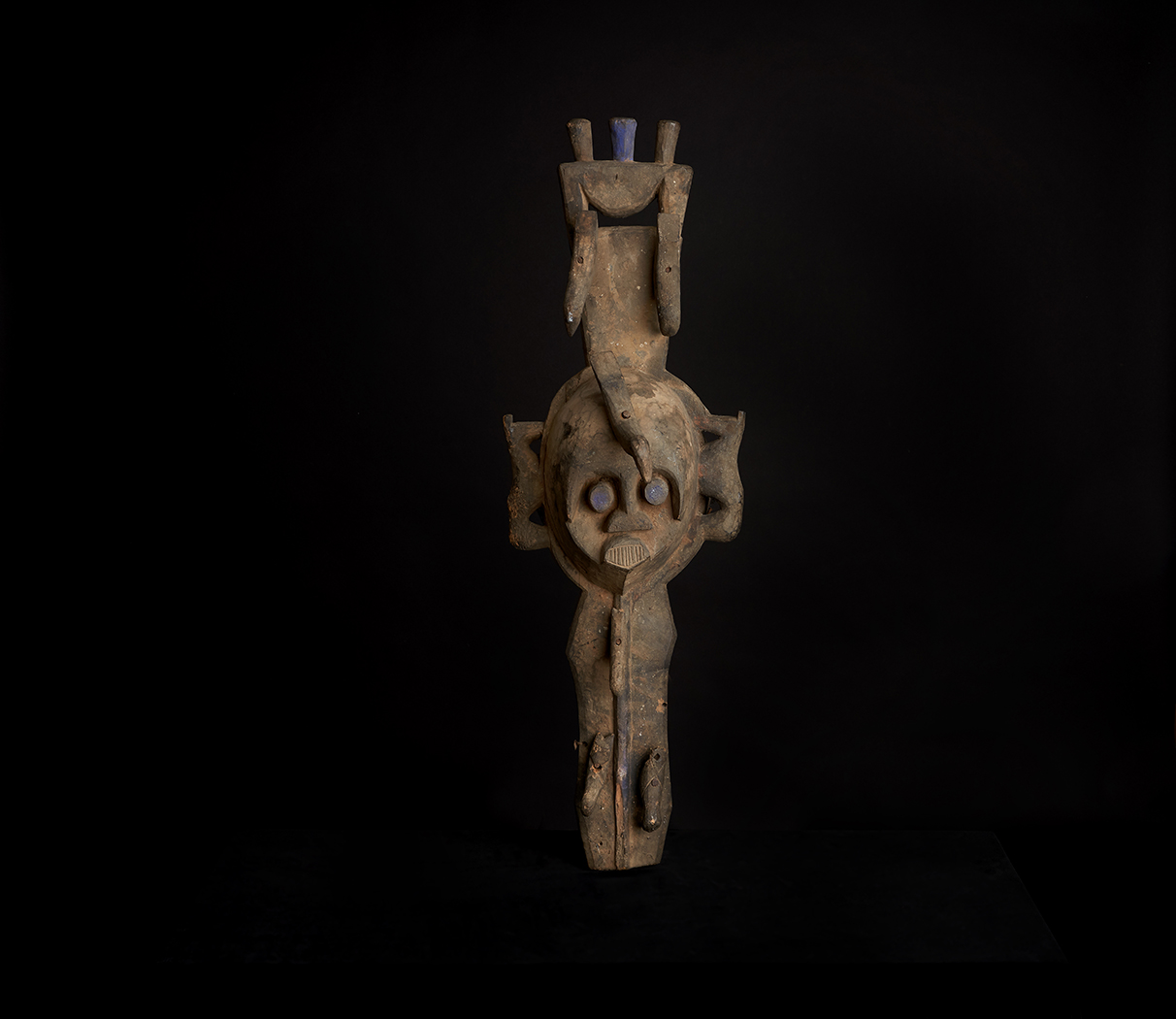 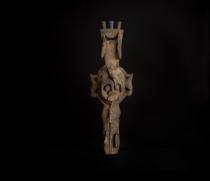 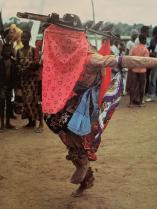 The Ijo people settled in the Niger River Delta where fish were in abundance, providing them with their principal means of sustenance.
Ijo carvers made horizontal headresses called Otojo, which represented water spirits.
The masks were worn horizontally, so that when the wearer walked in the water to appease the spirit, the mask appeared to float and depicted the movements of an aquatic creature floating across the surface.
With its face directed towards the sky the mask was performed for an audience which was thought to include both spirits and men.
Ex. McConnell collection
Length: 30 ½
Width: 9 ¾
Depth: 9 ⅜ incl. bird on top