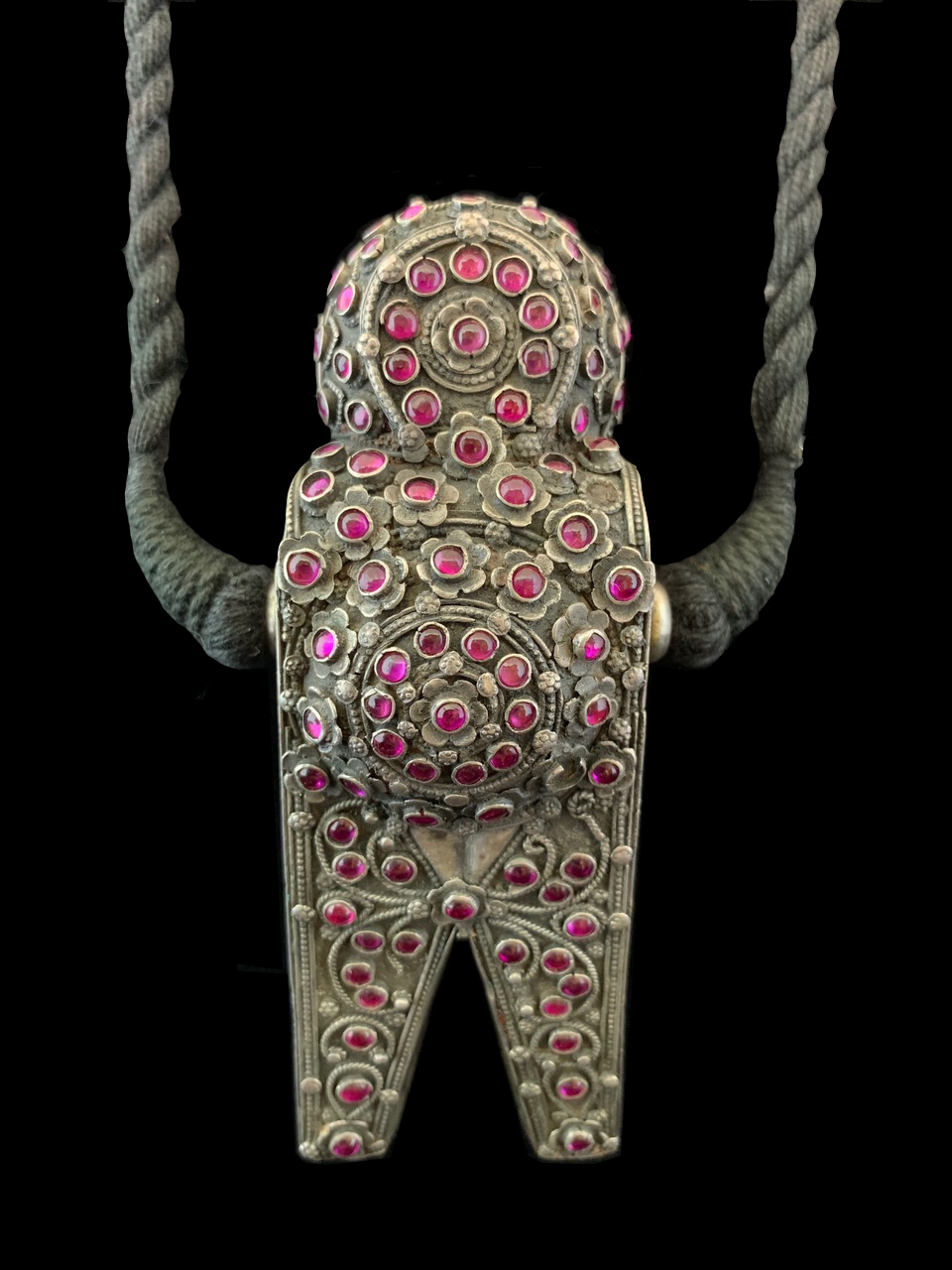 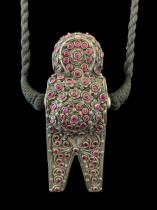 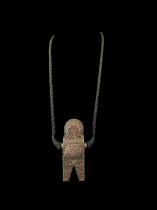 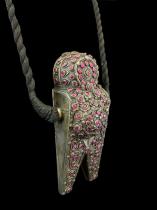 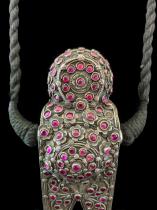 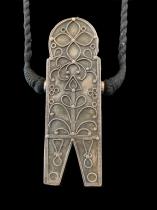 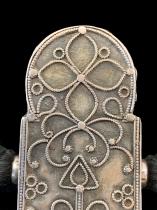 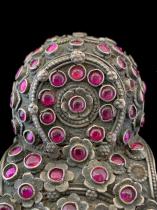 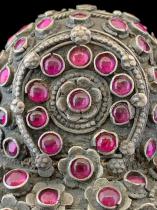 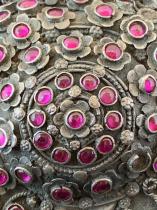 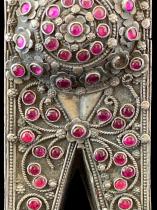 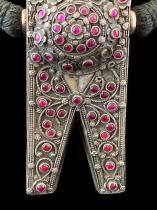 From Tamil Nadu, a Southern India state. This silver marriage ornament called 'thali' is in an anthropomorphic form set with ruby spinels.
It represents Lakshmi, the goddess of good luck, and is worn at weddings.
Deriving from Sanskrit, the word thali originally referred to the palm leaf that the bride once wore around her neck.
It is interesting to note that the large red cabochon 'Black Prince's Ruby' in the front of the Imperial State Crown of the United Kingdom, was also actually a ruby spinel. Thalis set with Rubies were sometimes made by the wife in celebration of the husband's 60th birthday (Shastiti Poorti).