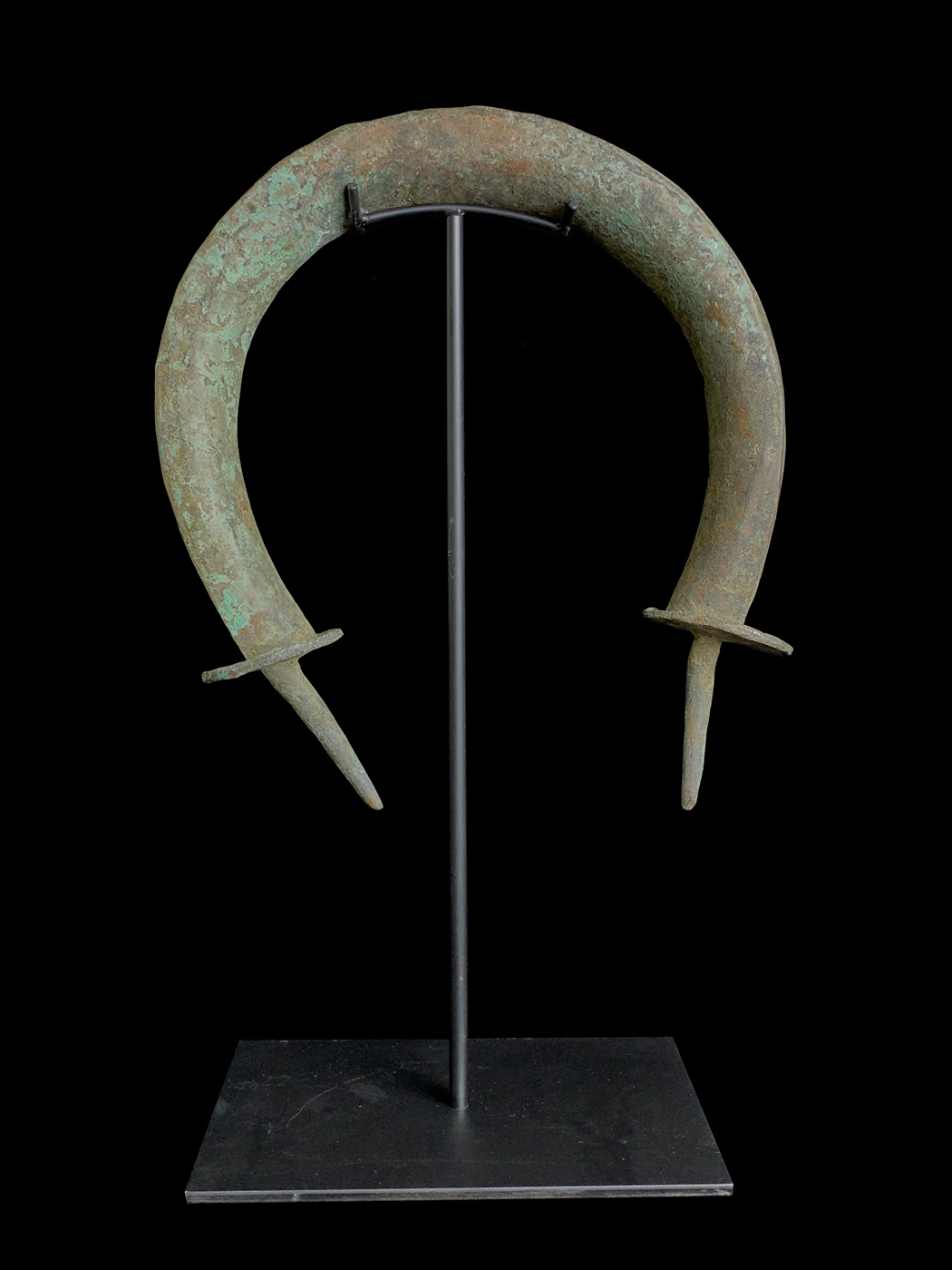 $1,800.00
Given the scarcity of copper ore in western Africa, the metal was a highly prized commodity attained through trade with Europe or from other distant parts of Africa.
When European ships started arriving along the African coast during the 16th century and later, they carried brass (an alloy of copper) manillas, bracelet-shaped weights in different sizes that served as a medium of exchange. The Yoruba melted them down and recast perhaps twenty or so into larger currencies, or torques.
With a graceful curve, this bronze currency piece stands out as a captivating sculptural object. Owning a bronze torque reflected one's amassed wealth, and was used as a great display of social prestige. As a result, a torque such as this was often gifted as a wedding dowry, and the social standing of the groom's family was reflected in the size and symmetry of the piece. Mounted on a custom steel stand.
Heavy castings like this one were used as currency in West Africa prior to the introduction of coinage. Also worn by women in certain ritual dances, torques are considered "stored wealth" because they are composed of the metal from numerous manillas (open bracelets that serves as another form of pre-coinage currency). Individuals took their amassed manillas to blacksmiths to be melted down and recast into the much larger torques
Height: 13 1/2" x Width: 11 1/2" x Depth: 2 1/2".
Height on stand s 20", and custom stand is 10" wide x 6" deep.