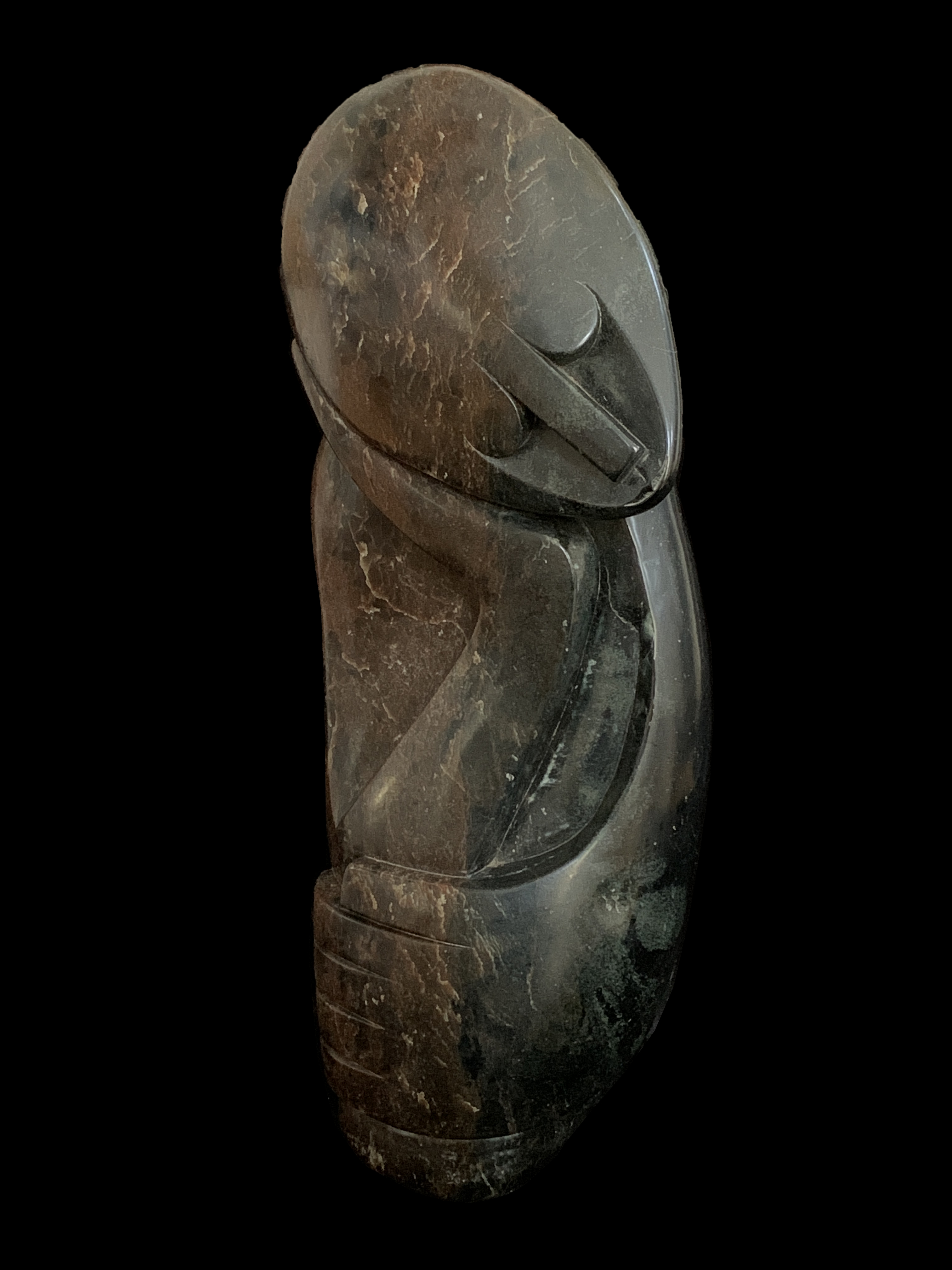 Thinking of my Future - By Ernest Chiwaridzo

$950.00
Ernest was born in a family of six on the 12th of July 1954, in Chiweshe district of Mazowe. He went to St Albans mission school from grade one through to grade six. He continued secondary school at Harare community school until 1970 when he left school due to lack of funding. Working as an auto electrician at Buchwa mine in 1978, he began sculpting in wood and stone mainly as a hobby.
He began to work full time in 1979 as a sculptor in Chitungwiza, near Harare, with fellow sculptors until 1983. In that same year, he moved to Canon Paterson Arts and Crafts Centre in Mbare until 2001, concentrating on the medium of stone. He now works in his own studio, where he is also grooming young artists. His work is very distinctive with exceptionally clean forms and lines being his trademark. He is an outstanding Zimbabwean rock star.
We had Ernest in our gallery sometime in the mid to late '90's, and he has always been one of our favorite artists.