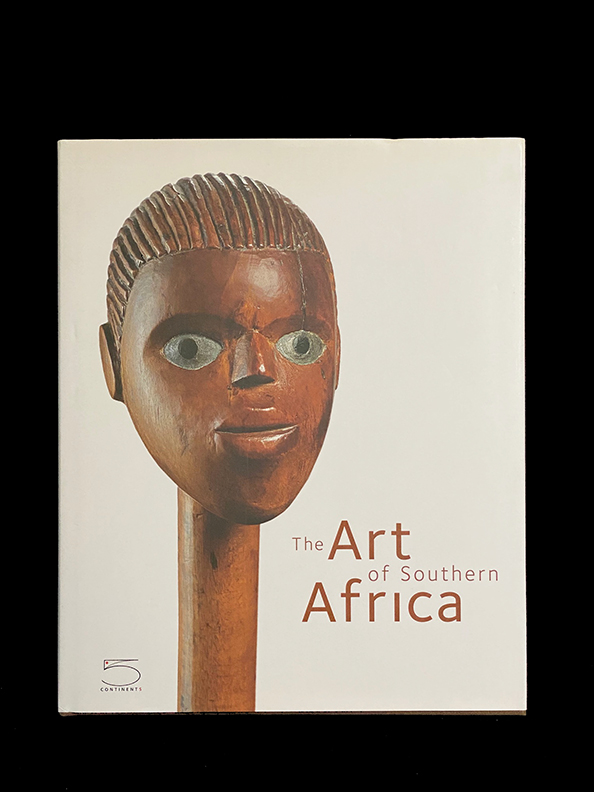 The Art of Southern Africa by Sandra Klopper

$68.00
New
Most areas of southern Africa did not employ the use of masks as compared to central and west African regions. This is a great book for its beautiful photographs of artwork not seen in most other books on African art. It's also great for the stories that accompany each photograph that explain the use of the piece, the meaning of the ceremonies, etc.
The art of Southern Africa, unlike the better-known traditions of central and western Africa, has been long overlooked. This book calls close attention to the art of this region through 140 objects, beautifully reproduced in full-colour plates, from the Terence Pethica Collection. The pieces come from Southern African countries including RS Africa, Namibia, Botswana, Mozambique, Angola, and Zambia. There is a great deal of knowledge to be gathered with reference to the diversification of ideas overtime that have produced a wide variety of artistic approaches to producing objects for the same or essentially the same function. Featuring exemplary objects ranging from ornamental adornments, kitchen implements, prestige staffs, dance wands, figures for initiation ceremonies, figures for secret stages of personal growth, objects for battle, and objects for dance and spirits, this book brings together a magnificent compilation of works, many of which have never been seen before, made of wood, metal, bone