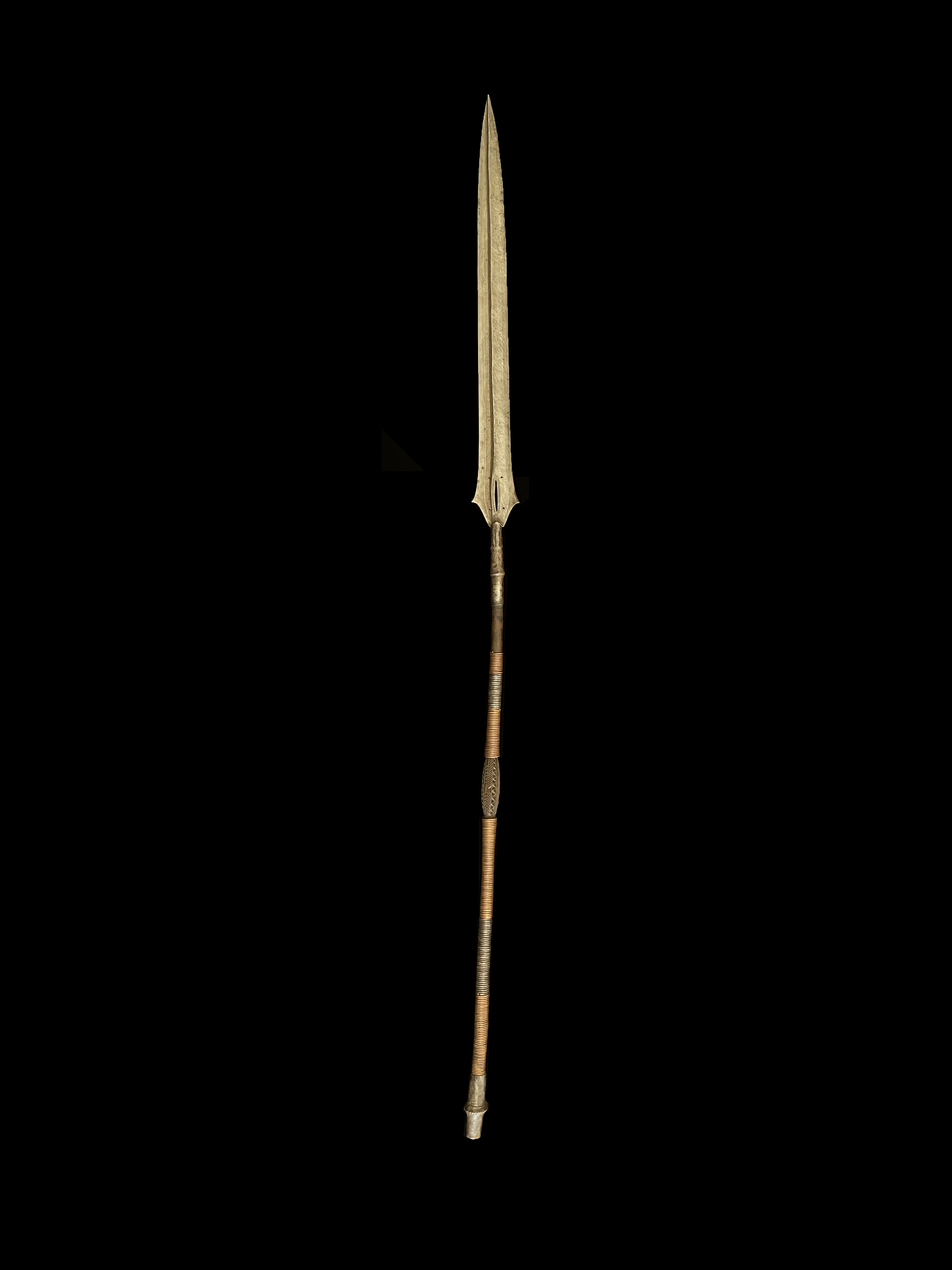 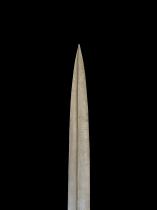 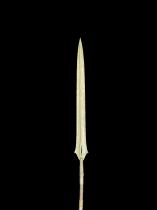 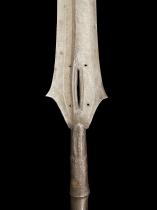 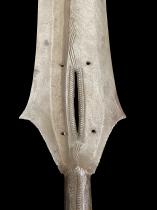 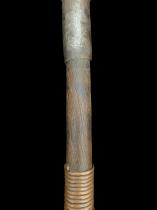 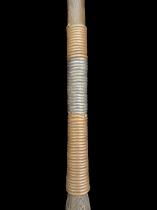 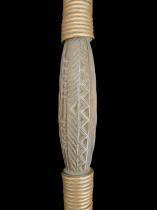 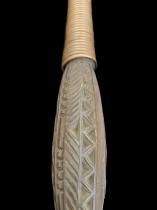 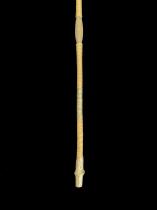 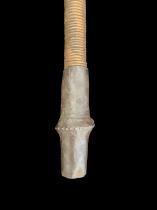 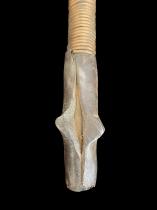 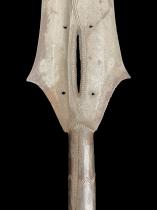 The wooden shaft is elaborately embellished. The Ngbandi are an ethnic group from the Yakoma region of the Ubangi river valley, in the northwestern part of Congo. Their subsistence depended on traditional hunting and gathering. They were once known as warriors, and some of the most prized African knives and lances were made by their skilled blacksmiths.
Originally collected in the Congo in the late 1940's - early 1950's by Ronald Suetens who worked for Sabena Airlines which was the flagship airline of Belgium.