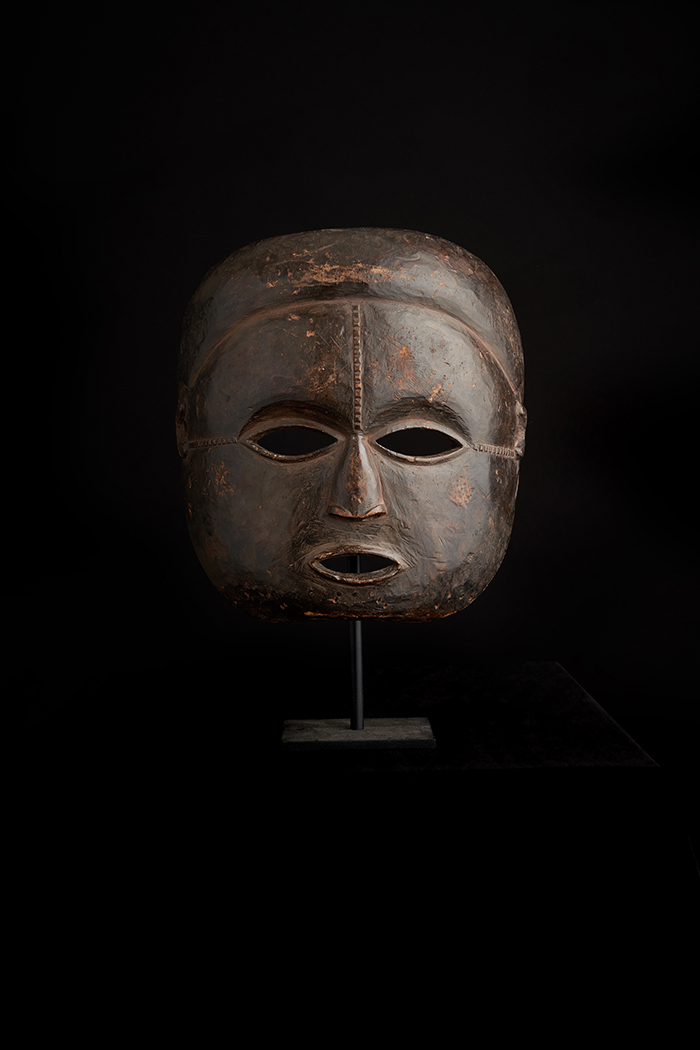 Sachihongo is a royal male ancestor & the largest of Mbunda masks.
Unlike many other makishi or mask characters, which number more than twenty and are common to the Lovale, Chowke and other related tribes, Sachihongo is found only amongst the Mbunda.
It has been described as the incarnation of a powerful hunter, a diviner and a womanizer.
It is symbolic of maleness, power, fertility and wealth. The crown of feather that would have been attached to the mask is an indication of its chiefly character and its supernatural abilities.
Ex. McConnell collection
Height: 10 ¼
Width: 9 ⅞
Depth: 5 ⅜
Stand not included.