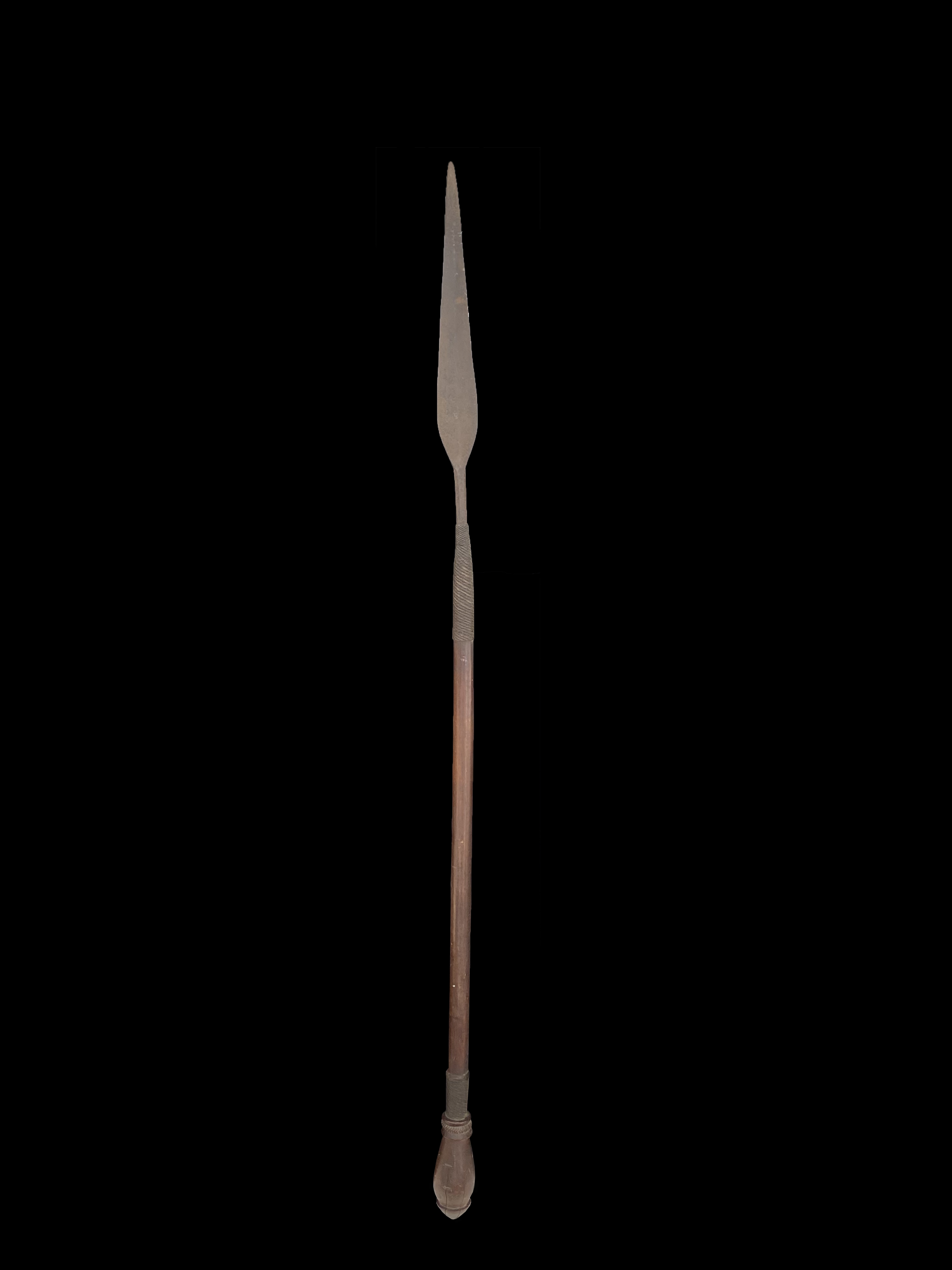 $795.00
Probably from the 19th century, this stabbing spear must have belonged to someone of a very high status, as it has the most amazingly detailed base to the shaft we have ever seen, not to mention the intricate copper wire wrap. It is also the only one we have ever had in over 30 years, so it is quite rare.
The iklwa represents one of the major innovations implemented by Shaka Zulu. The iklwa was designed for close combat, and this tactical change demanded a much more aggressive fighting style, which directly led to the Zulus swift conquer of neighboring tribes and territories. Prior to this the Zulu, as with everyone else, had used throwing spears, which were literally thrown away, whereas the Ikwla were highly prized. No Zulu warrior was permitted to throw his iklwa and no warrior was permitted to return from battle without his iklwa.
Note, the assegai was a throwing spear, or javelin, whereas the iklwa, had a shorter shaft and broader, more triangular blade.
The Zulu warriors were rightly feared throughout Southern Africa. Their fierce leader Shaka changed the face of the region during his brief reign from 1816-1828 by inventing the short stabbing spear as well as a new strategic way of encircling the enemy.
Called Iklwa, as it was the sound made by the withdrawal of the blade from a victims body.