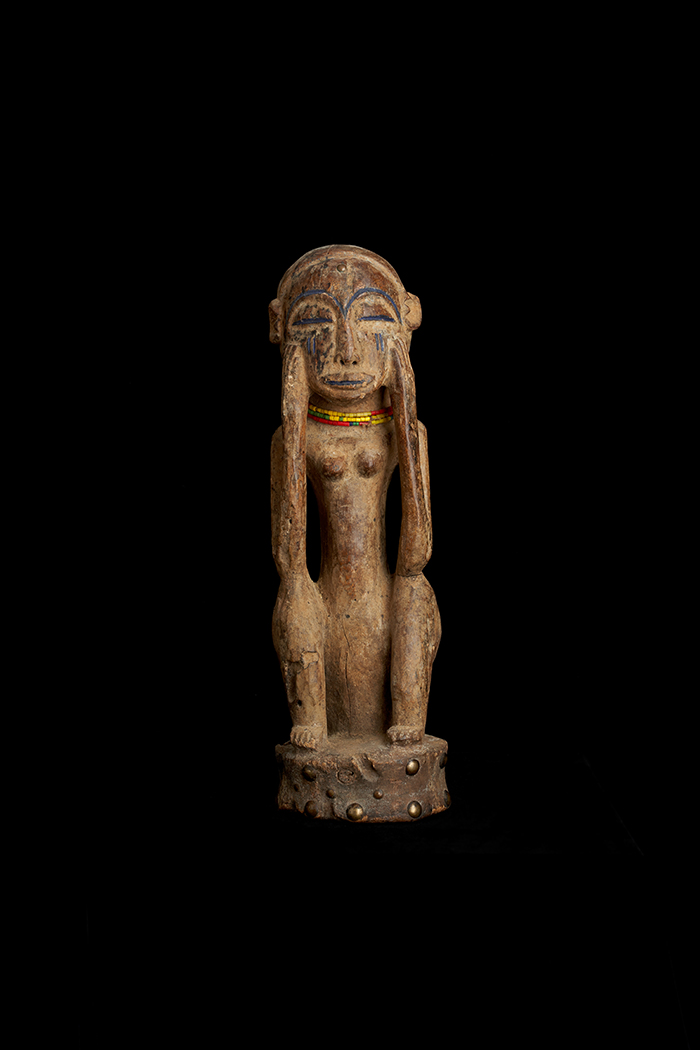 $2,500.00
It is said to be a magic figure mvunzi, which protects humans against certain evil spirits.
The main diviner usually posesses such mvunzi, who employs them in cases of sickness, for theft or for the hunt.
This female figure was used by a traditional healer of the Tulamba segment of Holo society to manipulate the supernatural power that was his by right of first occupation of the land.
Such power figures, used for healing, are called mvunzi, and the object represents the pole opposite of the queen figure Holo dya Mukhetu in the system of oppositions of nature/ culture, magical/political power.
The squatting pose is ubiquitous in the Kwango-Kwili Rivers area among such nearby peoples as the Yaka, Suku & Chokwe. The heart-shaped face and convex, oval eyes are reminiscent of the masks of peoples to the north, down the Kwango River, especially the Lula.
Authenticated by Arthur Bourgeois
Ex. Leonard Kahan Gallery, NY, Ex. Christopher McConnell collection
Height: 18
Width: 5
Depth: 5 1/2