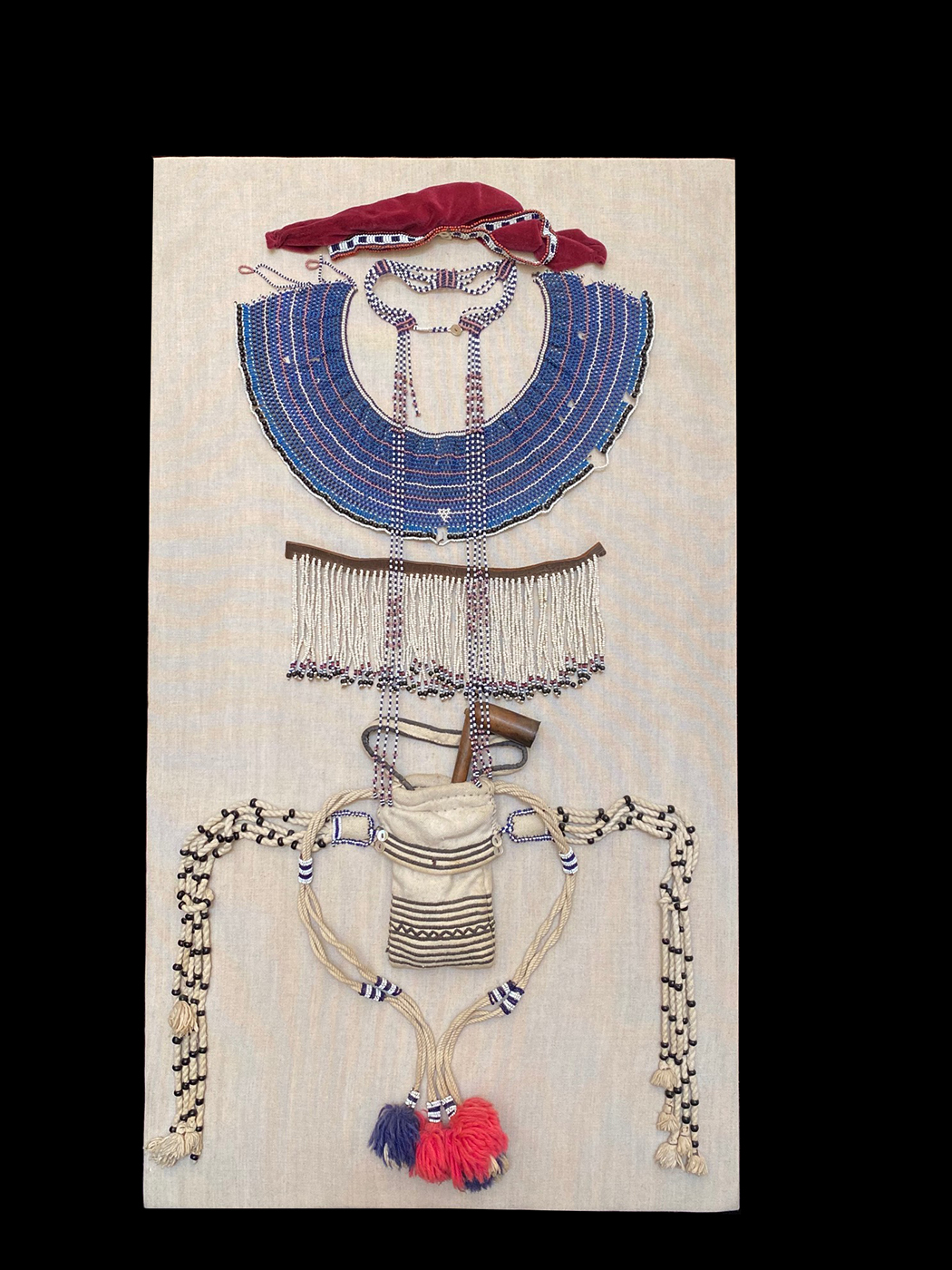 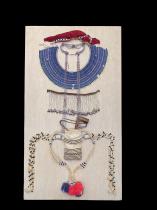 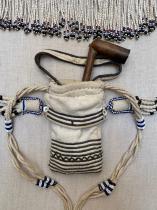 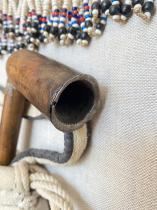 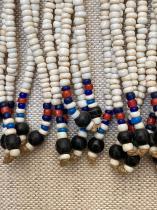 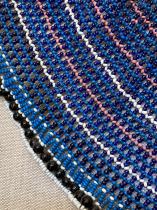 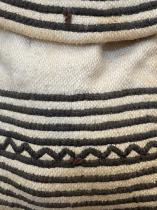 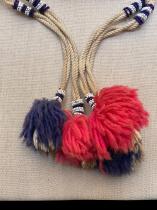 $3,600.00
Assemblage of heirloom pieces from the African Heritage trust collection.
The Xhosa people were herders & farmers. Bags called Inxili were used for carrying tobacco for recreation as well as for rituals.
Smoking was a portal that would allow the individual on earth to communicate with the ancestors for protection.
A Xhosa person is introduced to the culture of tobacco from birth to death, such that when someone passes away it is sometimes said that Inqawe uyibakile  they have laid down their pipe.
Beads were used to decorate clothing & other objects of value.
The fringed skirt - inkciyo was worn from a young girls initiation and throughout life.
The beaded collar is a traditional necklace called Ingqosha.