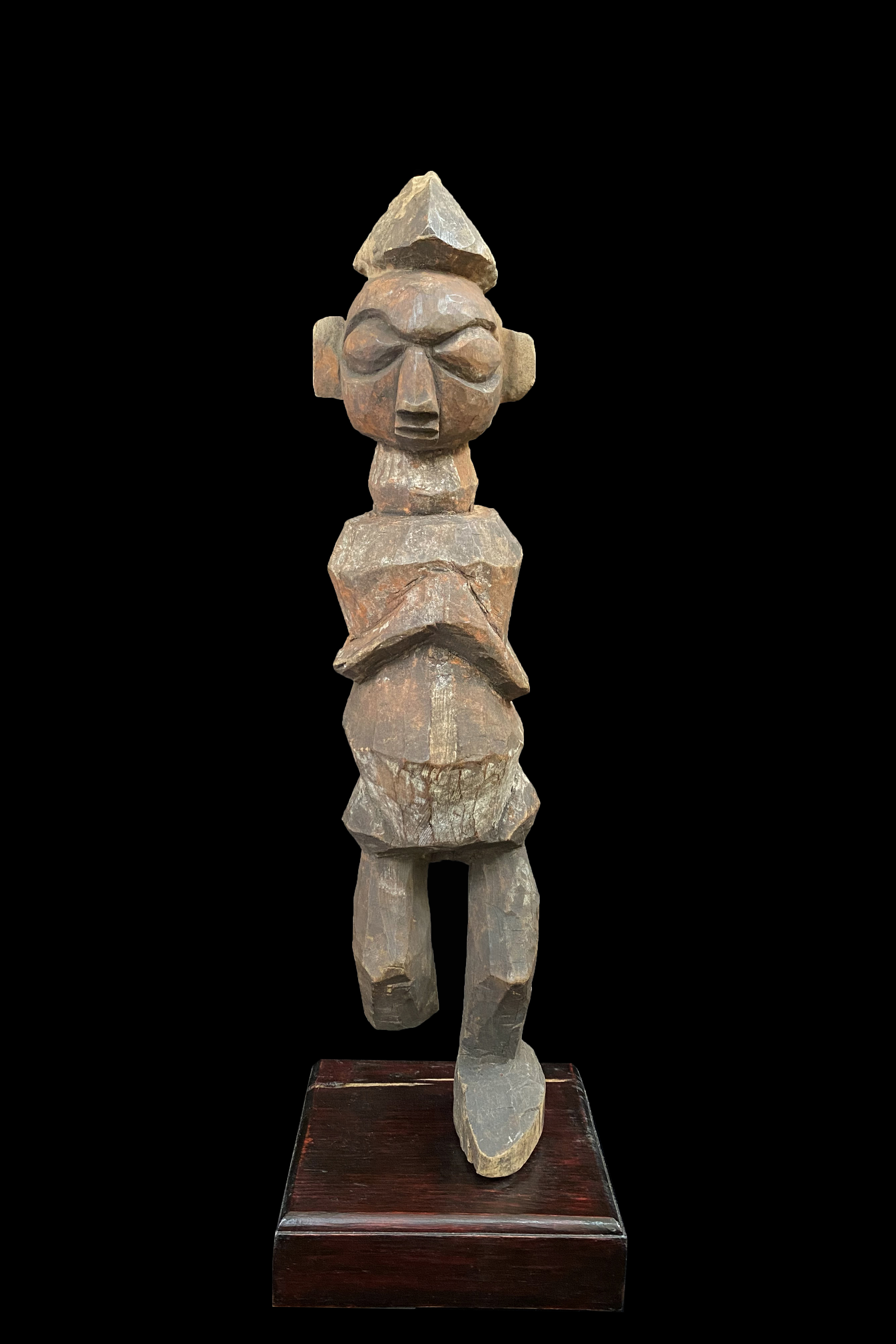 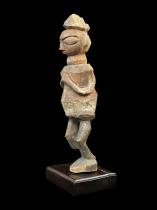 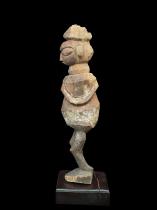 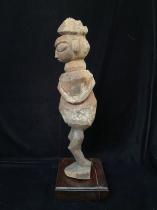 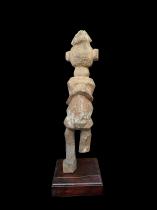 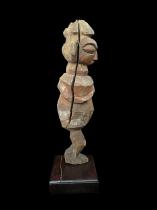 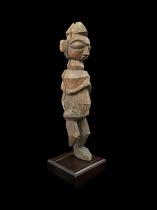 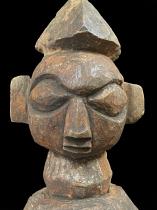 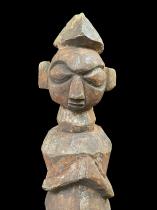 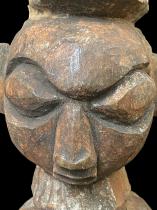 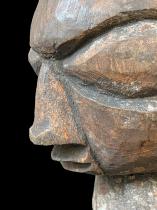 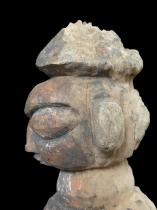 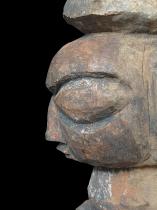 The Yaka ngoombu (diviner) identifies an illness or misfortune. The ngoombus responsibility is to identify the cause of the ailment and recommend a remedy, without prior knowledge of the client or his/her situation. Once identified, the patient is referred to a nganga ritual healer who prescribes herbs to cure the disease. The nganga also orders the creation of a mbwoolu figure. It is believed that the figure also plays a part in curing the afflicted. Once carved, the nganga performs rituals to empower the figure with protective medicines; the figure is coated with red khula paste and enhanced with chewed kola nut. After the ritual is completed, the ill patient retires to his hut with the figure, where he must sleep with the mbwoolu figure to be cured. There are a large variety of mbwoolu figures due to the individual nature of illnesses that nganga healers deal with. Some varieties include: Kabamba-who-has-one-leg, like this one. Once created, the figures pass from generation to generation and are ultimately owned by the lineage (and not an individual). The figures are believed to have protective properties for the lineage, its property and future generations. When not in use the figures are sheltered in huts.

Field collected prior to 1972. Ex Dr. Kenneth Adelman, former US Deputy Ambassador to the UN, and one time member of USAID, Zaire and verbally authenticated by Arthur Bourgeois who recognized the carver as Pakalupatu, who was himself a cripple - he even had a photograph of the carver, which we have included here.
Ex. Dr. Kenneth Adelman prior to 1972, Ex. Scott Rodolitz, and Ex. Christopher and Genevieve McConnell collection.
Split down the right side.