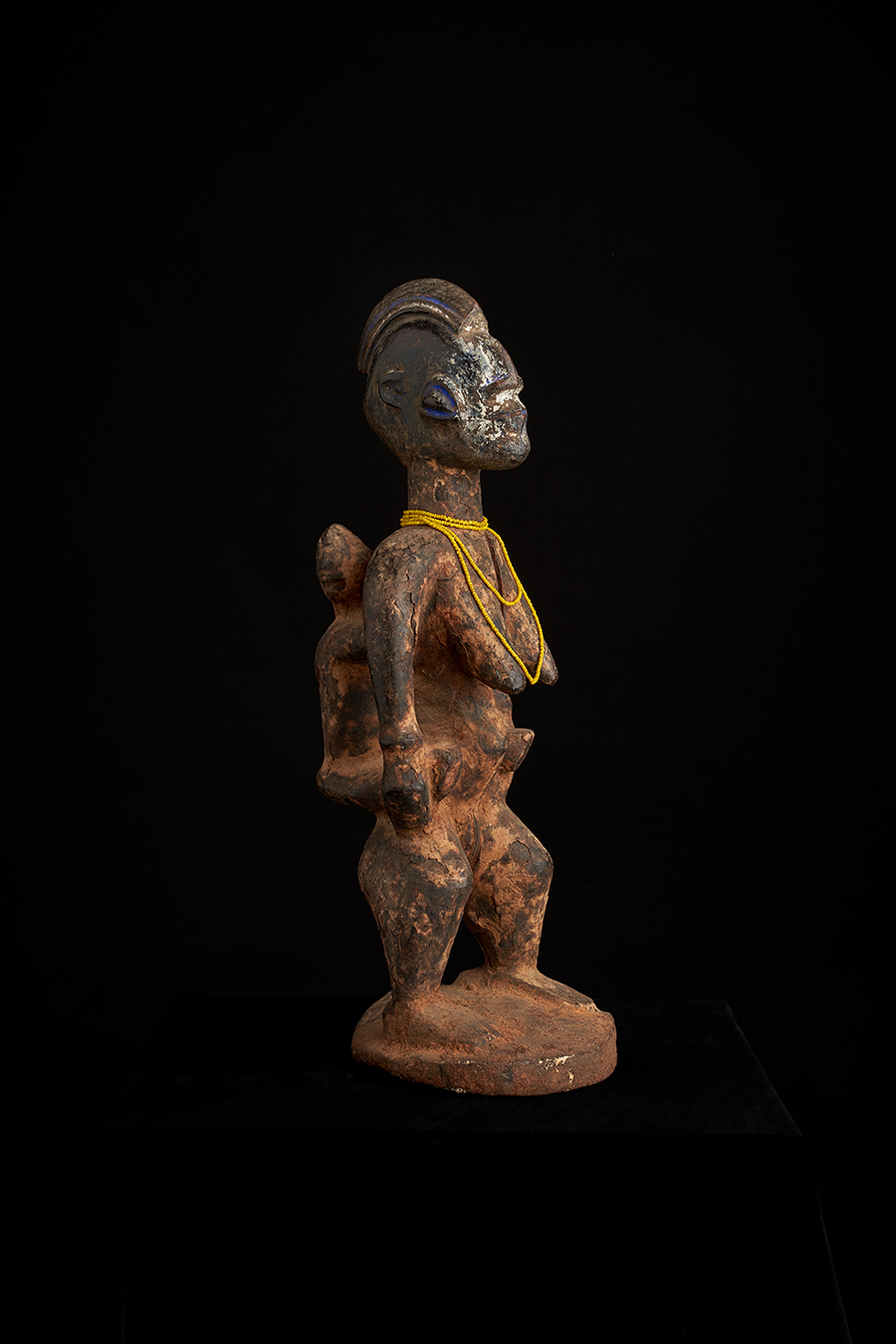 $7,500.00
From eastern Yorubaland bordering the Igbira people. This is a most unusual and rare maternity figure that has characteristics to support an affinity with the maternities from the Afo culture, the scarification marks of the Yarba, and the use of indigo and mouth treatment of the Igbomina. These peoples all live relatively close to one another and certainly experienced cross cultural stylistic influences.

The only examples like this that we have been able to find are the one in the Yale University Art Gallery from the Charles Benenson collection and the other was one collected by Leo Frobenius and now housed in the Staatliche Museen zu Berlin.

We acquired this piece from the Christopher McConnell collection, and he had purchased it from Scott Rodolitz in New York in the late 20th century. We approached Leonard Kahan to get his comments, and he replied that not only was this a good piece, but that the plinthe displays good age and usage - weathering, age cracks even remains of reddish cam wood covering, which is revealed throughout the piece. Most importantly he noted that the surface of the figure was slowly developed over the years by weather and handling and it was definitely aged and used for a few generations. He added that it is a really fine Yoruba sculpture and is exactly how an old, fine Yoruba sculpture should look. He went on to say that overall there are many dynamic qualities to this, and that Christopher McConnell knew he had a masterful piece when he acquired it. Ex. Scott Rodolitz, Ex Christopher McConnell