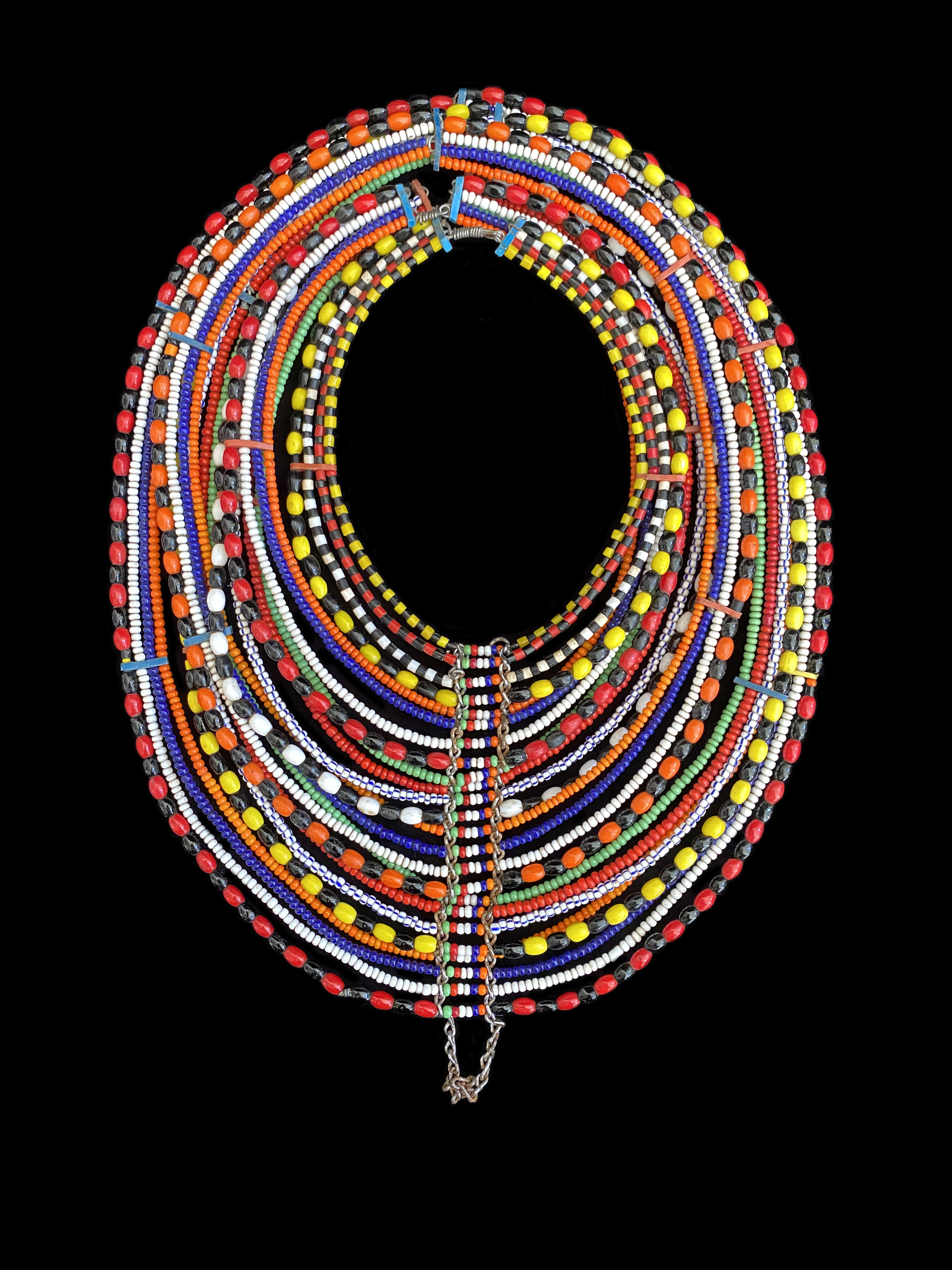 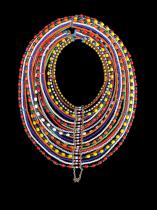 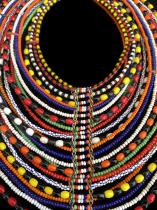 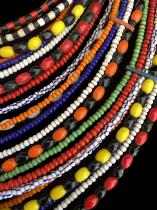 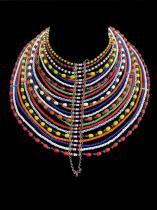 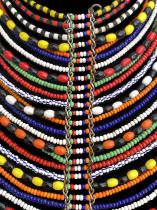 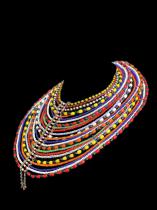 $195.00
Striking collars like this were worn by married Maasai women. For a Maasai woman, beads represent her wealth, as cattle does a mans.
The colors & patterns represent clan affiliations and hold various meanings; blue beads symbolize God, as they are the color of the sky he inhabits, and green beads arevegetation after rainfall and the symbol of peace.
Throughout the world, ethnic groups are characterized and identified by dress and ornamentation. The Maasai are, perhaps, one of the most widely recognized people in terms of fashion and decoration, sporting bright colors, intricate patterns, and jewelry that dangles, jingles, and catches the eye. The Maasai conjure up popular images of young brides weighted with beaded ornamentation, numerous, collar necklaces that rhythmically move when they dance, headdresses that drape and accent the facial features, and brightly colored bangles wrapped tightly around forearms.< BR> To this day beadwork is an important means through which women demonstrate their social understanding and creative capability. Jewelry is created mostly for its beauty, which is a very important aspect of Maasai culture. But jewelry is also created and given in the Maasai community to signify special relationships, such as a young couple engaged to be married, or on special occasions, such as the celebration of a successful lion hunt, or worn for one of many ceremonies, like the naming ceremony, or the warrior ceremony, which indicate a rite of passage in the life sequence of the Maasai.