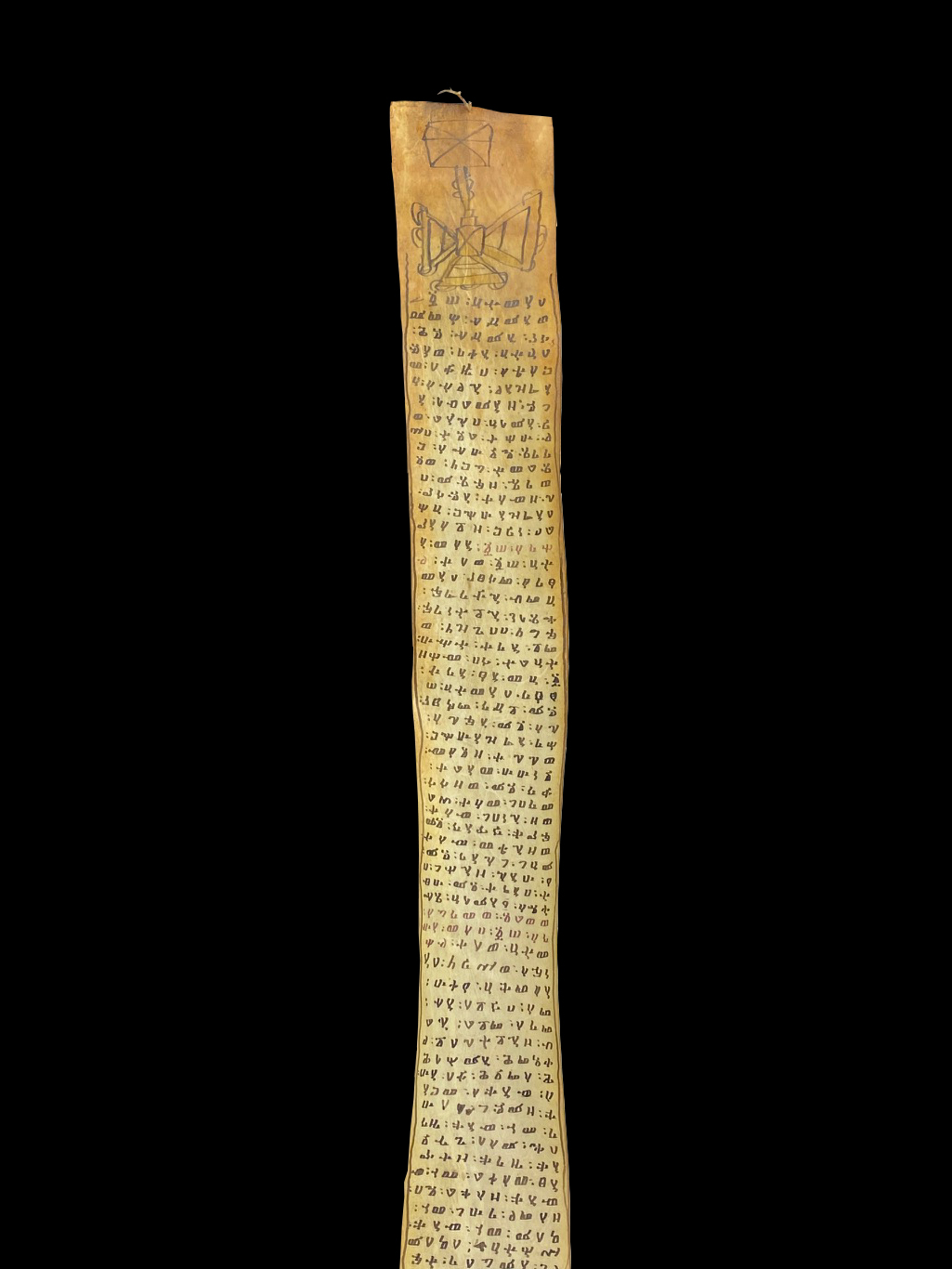 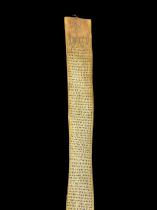 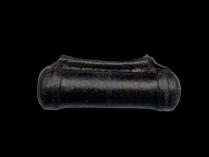 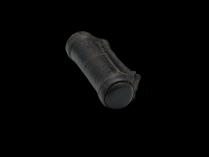 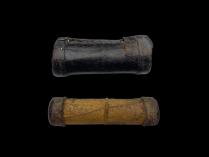 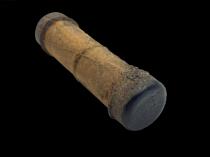 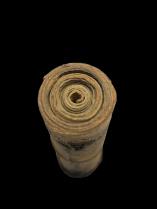 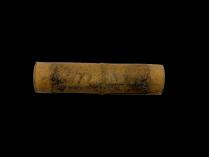 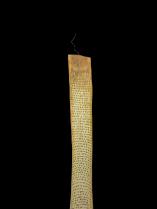 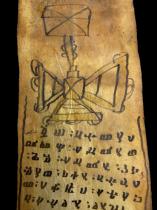 $95.00
We opened one we have to see the inside, which is shown here.
Ethiopian magic scrolls were made by the unordained priests called Debteras and were intended as tallismans to protect the wearer, avert evil spirits, heal the sick and protect mother and child during the birthing process. Images of saints, angels, stylized crosses and text cover the long narrow parchment bands.
Ethiopian magic or healing scrolls worked by ridding evil spirits and demons from an afflicted person's body. These talismans were believed to connect magic and the spiritual world. Scrolls were made as part of healing rituals to treat illnesses and to help with problems relating to infertility etc. Portable scrolls tailored to each individual offer spiritual protection from head to toe. A dabtara or other priest would ask God to help his client. The prayers on the scrolls consists of texts from the Old Testament that invoked protective and curative words. The prayers were usually meant to protect against the evil eye or catch demons.
The healing scrolls were written in Ge'ez. This ancient Semetic language was spoken during the Aksum dynasty, and is now only used by priests in the Ethiopian Orthodox churches. Dabtara, unordained clergymen of the Ethiopian church who also practice traditional medicine, made the scrolls. Dabtara means "tabernacle" or "tent" hinting to the belief that the Ark of the Covenant was kept shielded by a covering. To increase their strength, each scroll was customized with astrological motifs - the angel represented the guardian angel of the client's astrological sign.
The scrolls were kept in tubular leather cases. They were either carried with them or hung from the neck. Scrolls were rarely kept for more than a few generations.
Prayers were written in charcoal black ink, and Holy Trinity names and titles were written in red ink.