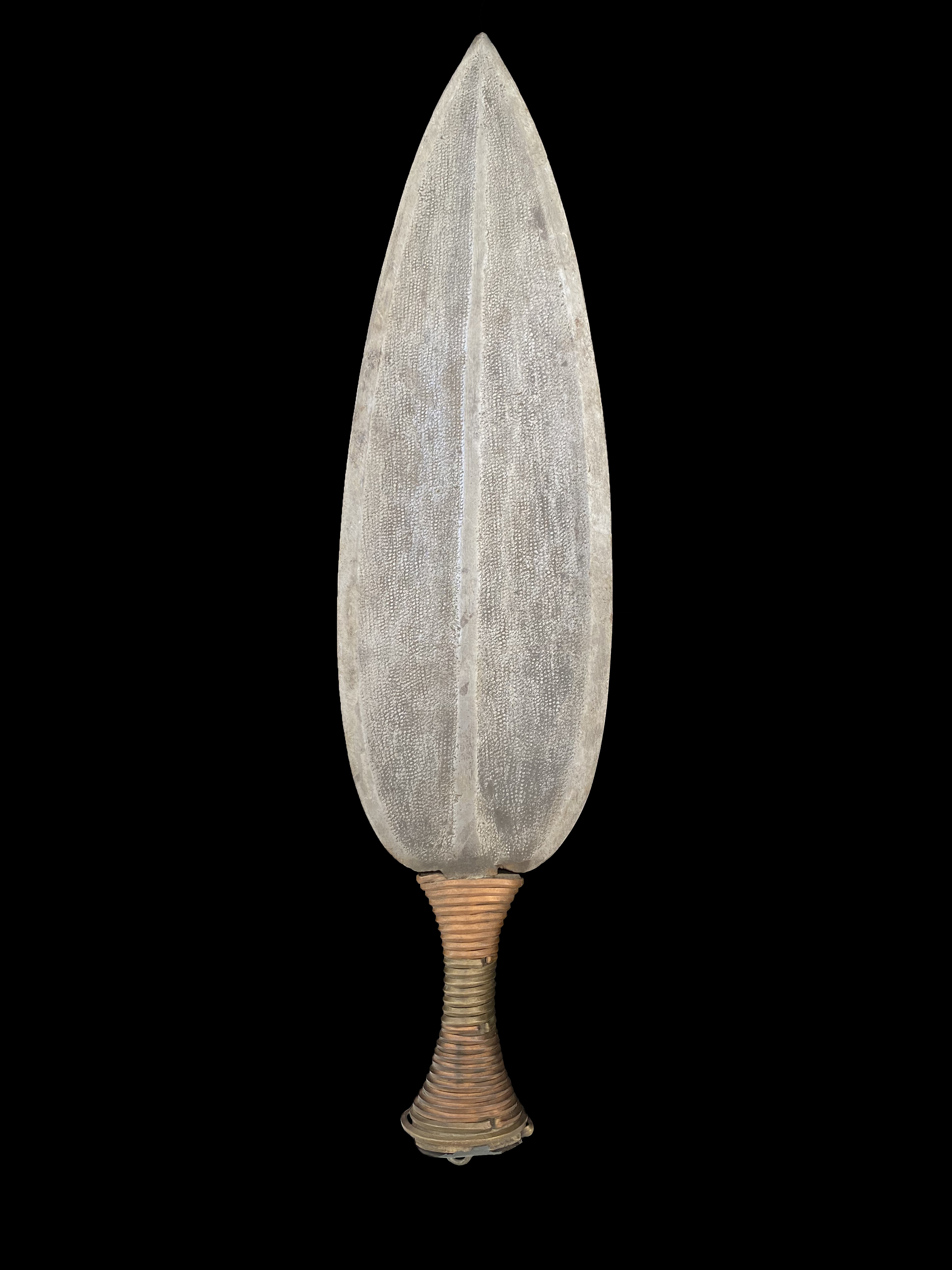 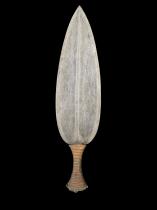 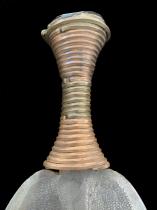 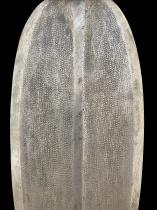 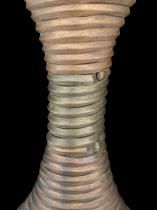 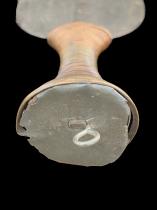 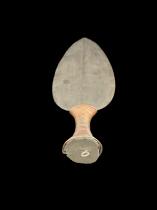 $595.00
The Monzombo, who are mostly fishermen, (are also called by numerous names, including Zombo, Bazombo, Nzombo, Mondzombo, Mbondzo) are part of the Pygmy group. Other people such as the Ngiri, Lobala and Ngbaka people have similar dagger knives. Leaf shaped forged iron blade with polished medial and edges, and lavishly decorated handle wrapped in copper and brass. The knife was given a textured surface by using a hammer with a designed striking point. It was also as a symbol of prestige.
Originally collected late 1940's - early 1950's by Ronald Suetens who worked for Sabena Airlines which was the flagship airline of Belgium.