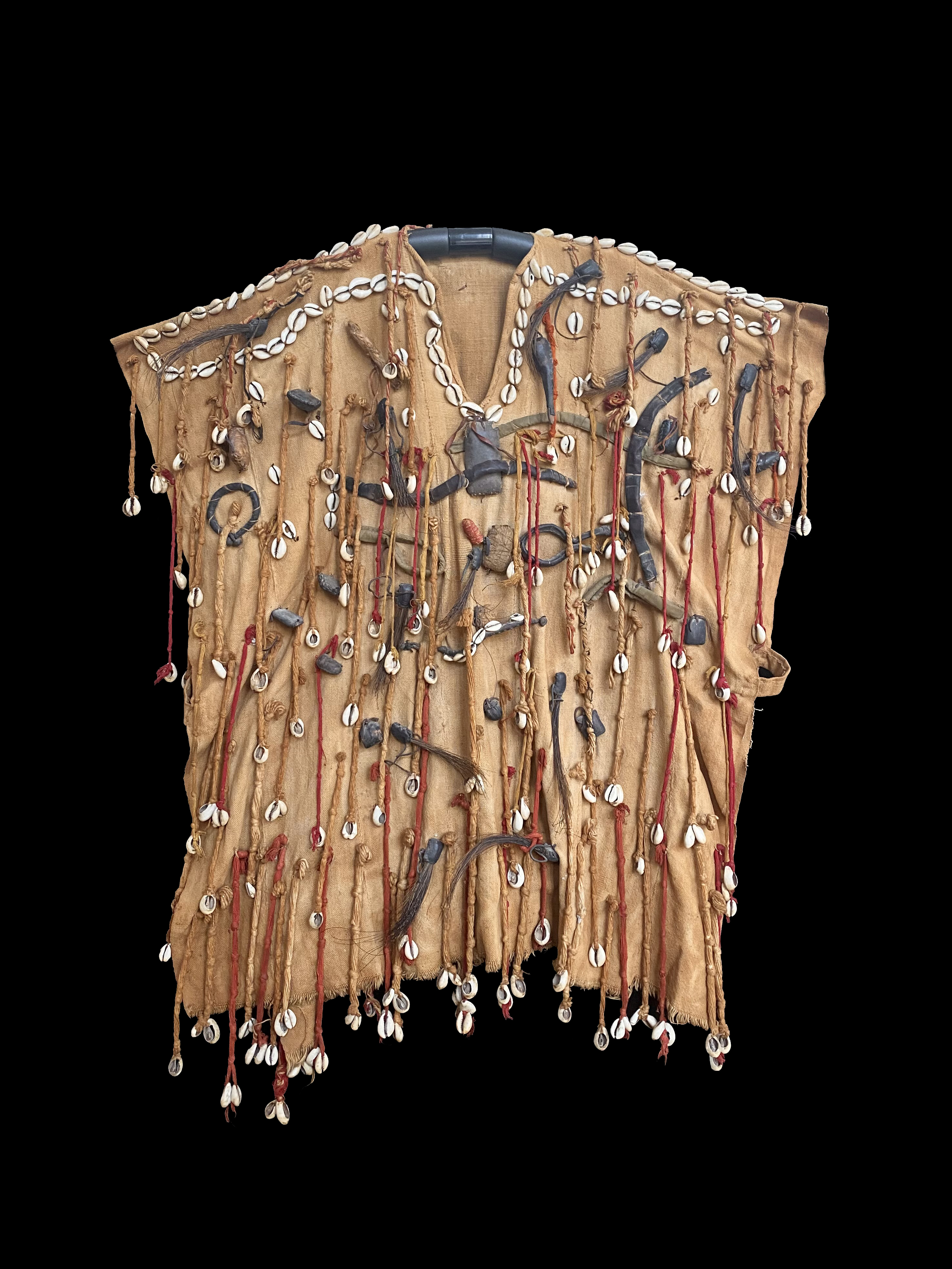 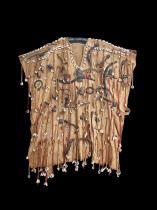 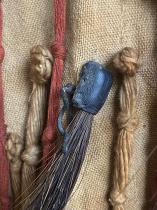 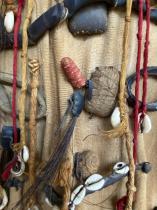 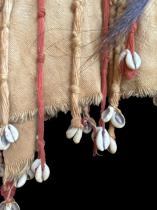 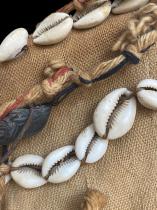 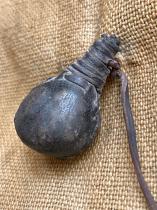 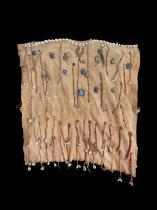 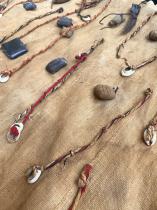 $945.00
The Mandinka ( AKA Mandingo) are an ethnic group of the Mande peoples, all of whom speak different dialects of the Mande language. They are descendants of the great Mali Empire that flourished in West Africa from the 13th through the 16th centuries.
A Hunters Shirt traditionally played an important part in rituals and ceremonies occurring before a hunt. These activities, which often take place at the boundary between village and wilderness, prepare hunters to go into the world of dangerous animals and spirits. The hunters call on supernatural energies to assure safety and success.
The cloth is decorated with charms (gris gris) that are believed to have special powers and are considered good-luck and protective talisman charms.
Although hunting is a disappearing practice in most of Africa, these tunics are still worn during festivals, processions, and other gatherings as symbols of success.
The neck and shoulder line are decorated with cowrie shells with many fabric tassels.