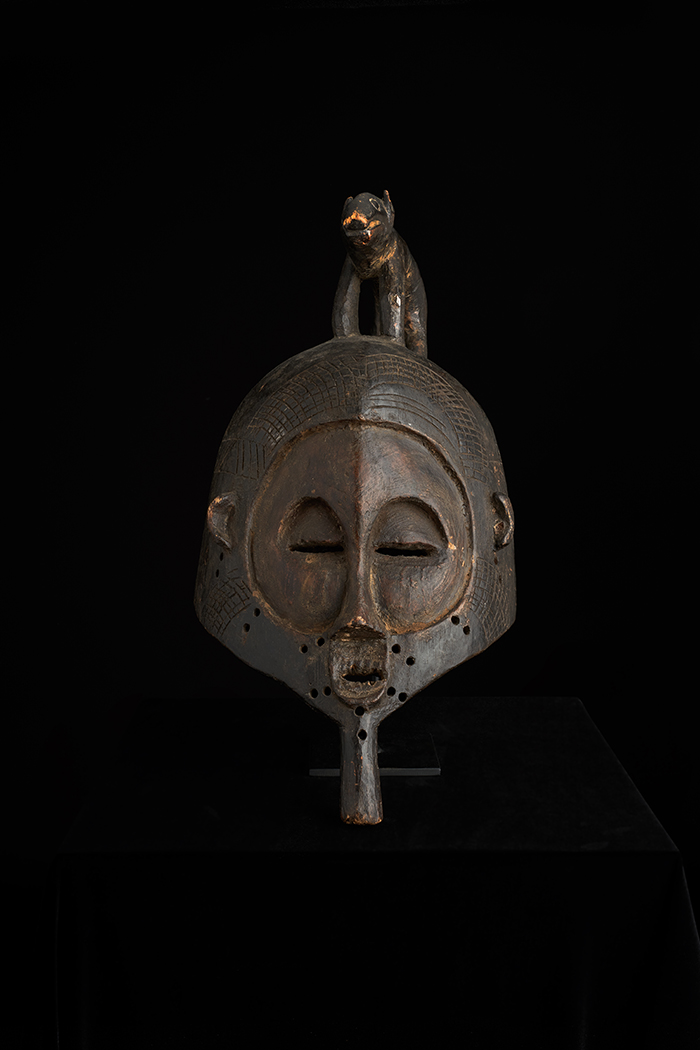 $2,950.00
Used in initiation ceremonies for young men. After a long period of training in an nkanda (or mukanda) initiation camp, he wore the mask to introduce his new status as a man. When the nkanda session closed, hemba masqueraders danced into Suku villages. The Hemba served as a safeguard at a time of change for the young adult ("Tudansi"). The Suku live in an area between the rivers Kwango and Kwilu in the Congo
Used to mark the transition to adult life. During the initiation period, of about a a year or more, adolescent boys are separated from the village and made to undergo a series ofordeals, including circumcision, designed to measure their strength and courage, and to learn the manly occupations of farming and hunting. These tests often culminate in the boys' symbolic death as children and rebirth as men.
The masks are often surmounted by animal figures, and the tail of the animal on this one has broken off. It is rare to find a dark one like this, as they are usually polychromed.
Height: 19
Width: 10
Depth: 11 ½
Ex. Scott Rodolitz, Ex. Christopher and Genevieve McConnell collection.
Verbally authenticated by Arthur Bourgeois.