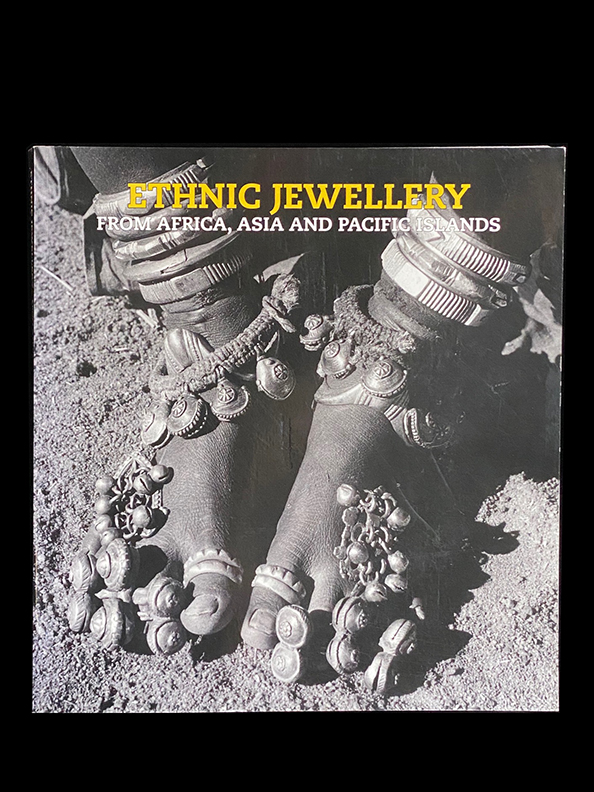 $175.00
As new.
This is primarily a photo book, published to accompany an exhibit in Rotterdam of pieces from the collection of René van der Star. It's organized by geographic area, with short essays introducing each: Africa (Maghreb); Oman & Yemen; Central Asia (Turkmen); Afghanistan, Pakistan, India, Nepal & Tibet (mostly India); Southeast China & the Golden Triangle; Sarawak & Indonesia; and Pacific Islands (this last section notably smaller than the others). There's a good range of pieces and materials represented, and each section has at least a few photos of the ethnic peoples themselves wearing similar pieces of jewelry so that one gets the sense of what they look like in their original contexts.
iI gives an indication of what kind of pieces a collector of ethnic jewellery might buy.