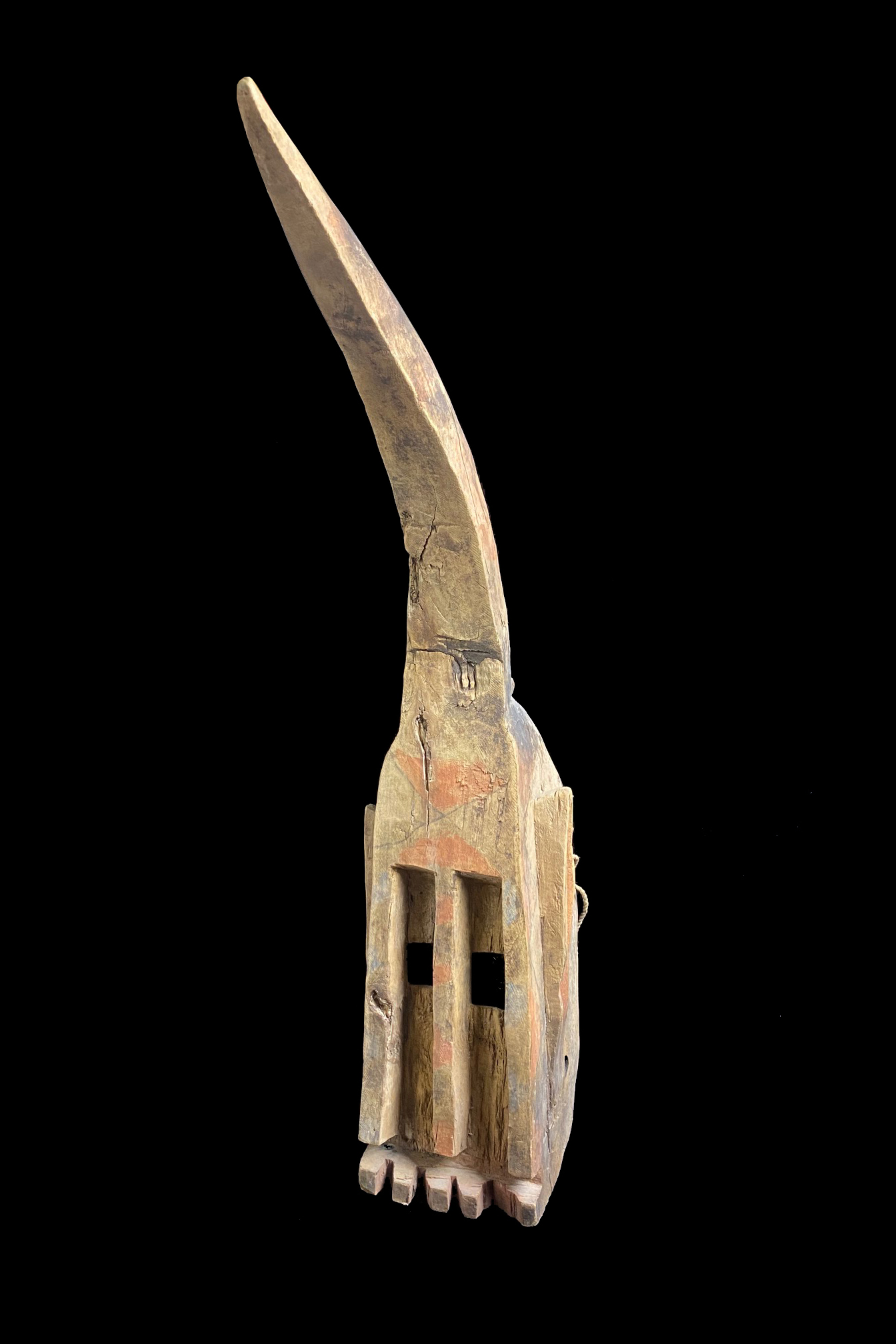 $950.00 Reg. Price $1,800.00   You Save $850.00
This particular mask has a long nose dividing the face in two. The shape of the beak suggests a hornbill, a sacred bird.
This mask is known under the name of Dyodyomini. Such masks were used during the Dama ceremonies.
The mythical story on the creation of this mask tells that while the son of the deceased was dancing alone close to their house, a bird landed there and Yasignine, the only woman admitted into the men's society (awa), started to feed the bird with some grains. An old man who was watching the scene took the bird and carved a mask that resembles the bird and named the mask Dyodyomini. The piece evokes a captured bird in Dogon mythology.
The Dogon, numbering about 250,000, are one of the most remarkable cultures in the world. After many centuries of cultural isolation, Dogon art remains remarkably unaffected. Br>Height: 27 1/2" x Width 6 1/2" Depth 15"
Note: It appears that there was a figure once connected to the back of the mask, which has long since vanished, which is why this mask is an as is sale.