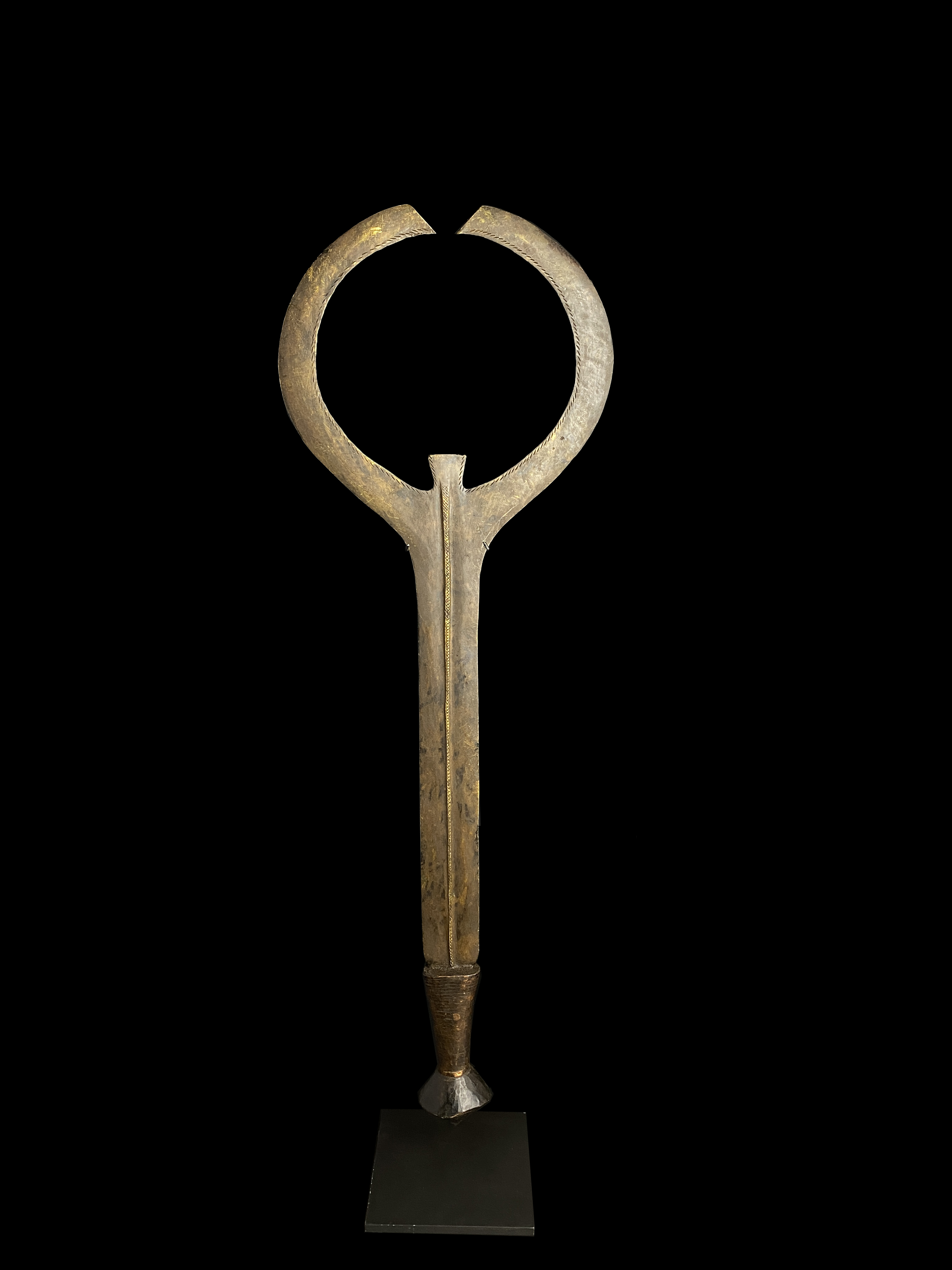 $895.00
Forged blade terminating in two sickle shaped blades, with wood handle wrapped in copper, used in ritual ceremonies and served as a prestige object for processions.
They were carried by high ranking men who had the authority to order an execution and on public occassions. Blades of this type are described as luxury weapons for notables and chiefs. They were also used ceremonially, notably in initiation rites for young men(Gosseau, Tribal Arms Monographs Vol. 1 Nº2, 1997).
The Bango blade displays symmetry in abstract human form as it depicts the raised, out stretched arms of a human figure.
Beautiful swords of this type were designed primarily as emblems of rank.