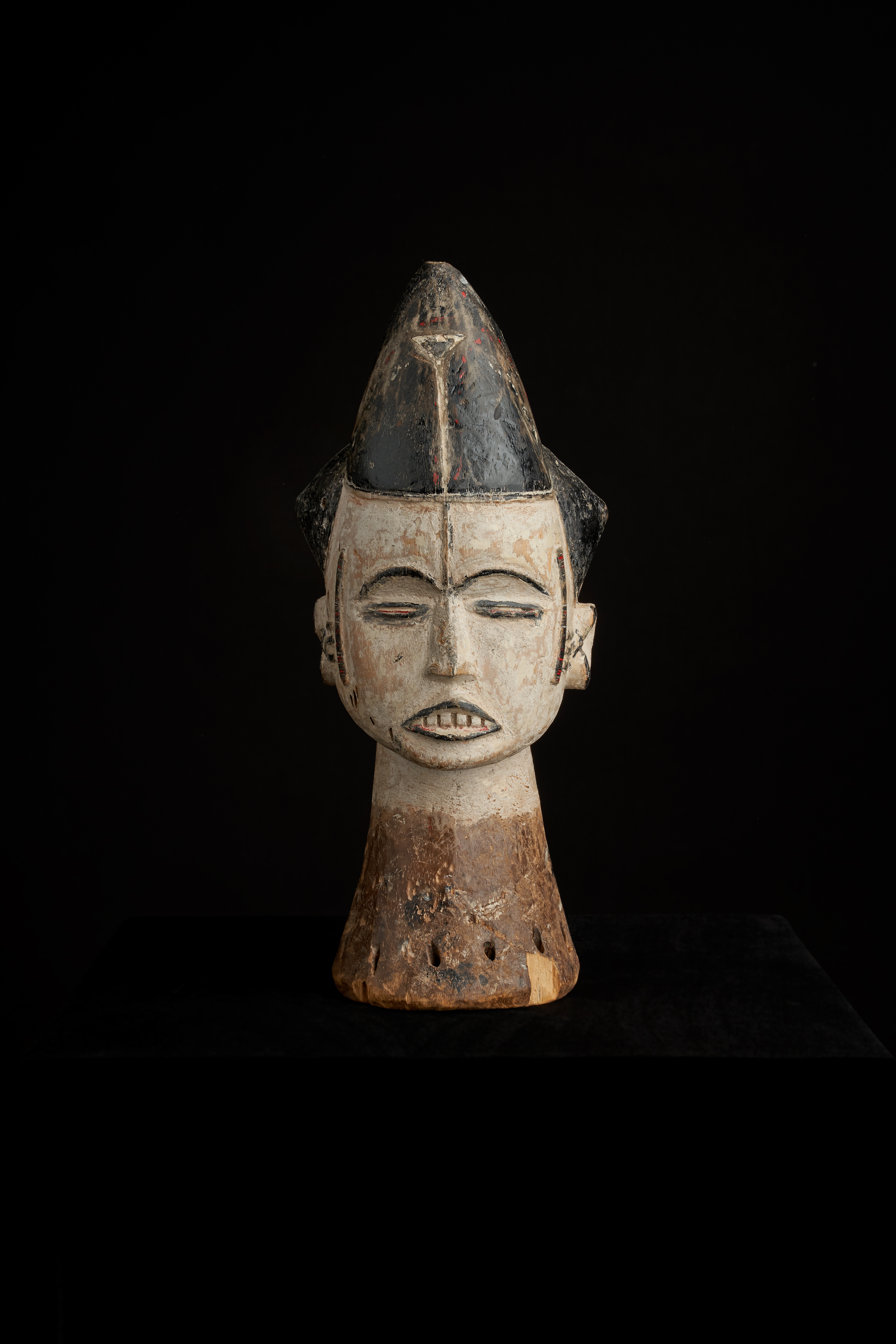 $4,800.00
Igbo and Idoma art consists of wooden headdresses with a conical base which are used at funerals and for social control and of anthropomorphic wooden figures that may often be quite large. Religion focuses on honoring lineage ancestors. Funeral ceremonies are often quite dramatic, with greater attention afforded to members of the community who have reached a combination of advanced age and prestige. Extensive funerals are held for both women & men in preparation for sending them on their final journey away from the village to the spirit world across the river. A memorial service, or second burial, is held for the deceased some time after the original burial in order to ensure that the dead pass on to the ancestor world in proper style.
We had thought this to be from the Idoma people, but were corrected by Herbert (Skip) Cole, who formed us that it was Igbo instead.