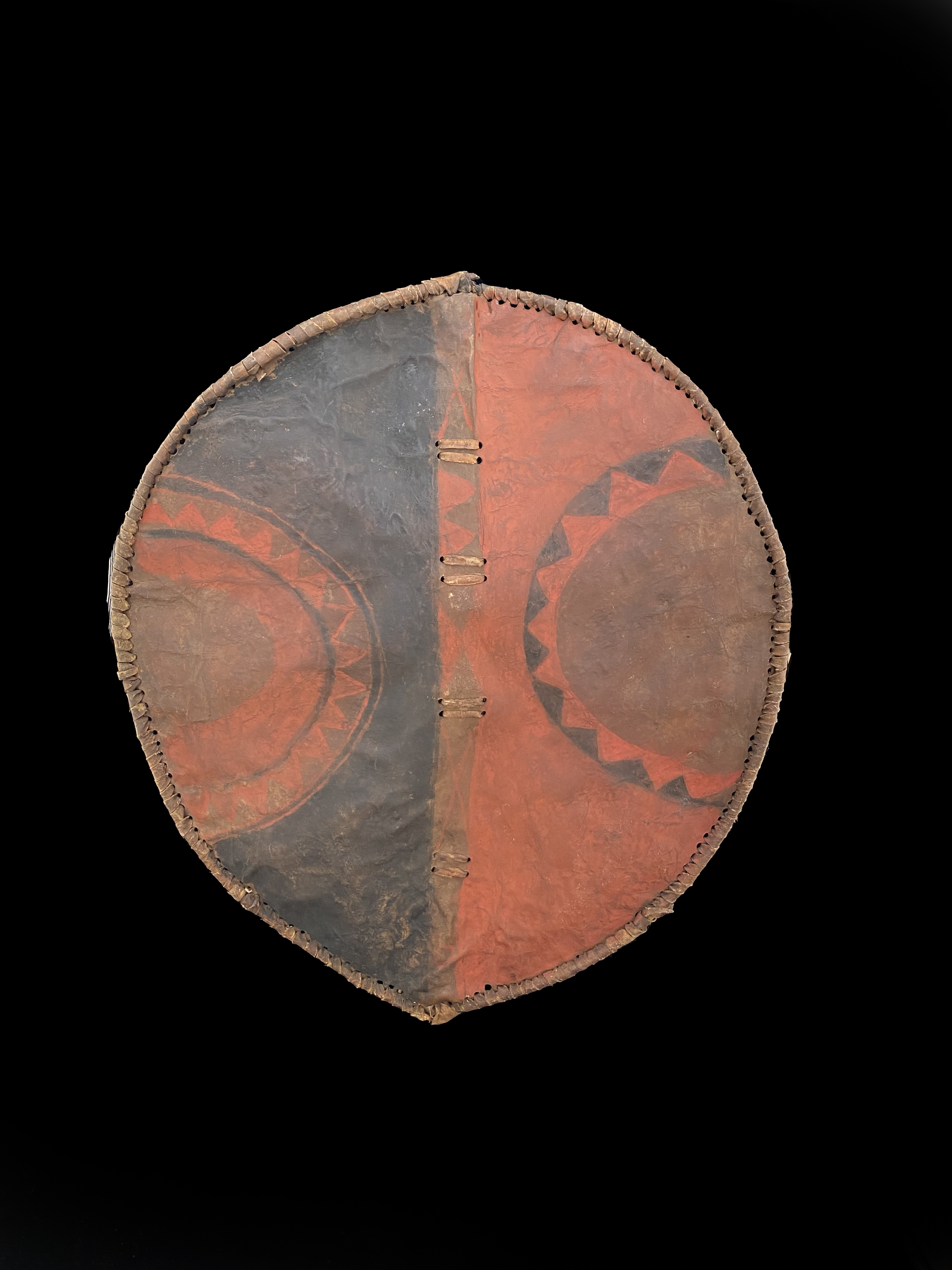 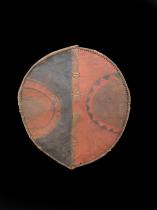 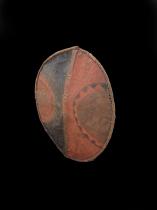 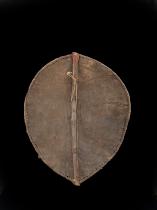 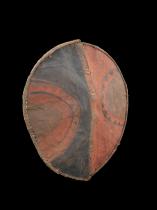 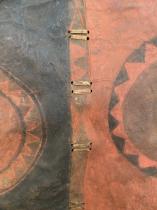 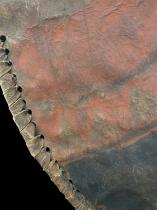 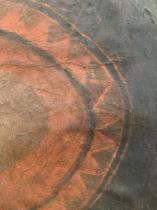 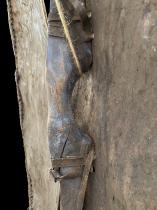 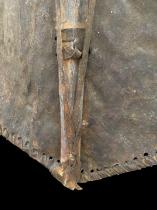 $745.00
The Maasai of Kenya are a proud herding and warrior culture. Their cowhide shields have painted designs which indicate clan and status. Colors are also significant and red is always prominent as it symbolizes bravery.

African shields represent one of the many genres of artifacts that blur the line between utilitarian craft and fine art. This convex, elliptical shield comes from the Maasai, a pastoralist people who live in the grasslands of southern Kenya and northern Tanzania. The shield is composed of buffalo hide sewn onto a wooden frame. The handle is attached at the center back of the shield and wrapped with leather strips. The surface of the shield is decorated with large, nearly symmetrical crescents in red, white, and black. The mid-rib bisecting the shield features alternating triangular-shaped motifs. Among the Maasai, red paint was traditionally obtained by mixing earth with blood or the red sap of the solanum campylae fruit. White was derived from local clays, and black from the skins of burnt gourds. Younger warriors were only allowed the use of black, white, or gray on their shields, indicating that the shield illustrated here was probably owned by a proven warrior herder. Shields remain one of the Maasai warrior's most important tools. They were used in warfare and hunting as well as practice and training. Outside of the warring context, however, shields were used in rites of passage and also functioned as prestige objects and symbols of identification. Maasai society is organized into distinct age and sex grades. Early twentieth century studies revealed that spear markings and shield designs were once used to differentiate some of these Maasai subgroups and also hinted at a larger, complex lineage identification system. Shield designs are known as sirata, many of which have fallen into disuse and are poorly understood even by the Maasai themselves. Some examples are at least known to survive today: sirata sambu draws upon the markings of a zebra, which have been used as the pattern of the shield mid-rib, and sirata ol ebor indicates the white space that sometimes appears in the center of the shield. The proper right side of this shield features a painted red patch that is probably a sirata el langarbwali. The patch, which may also take the form of a red flowerlike motif, is a badge that signifies great bravery in battle and is only painted with the permission of a high-ranking chief, again suggesting the prestige of this shield's original owner. The intricacy of design and high craftsmanship of Maasai shields extend beyond utilitarianism and convey the sense of honor and status with which their warrior owners were invested.