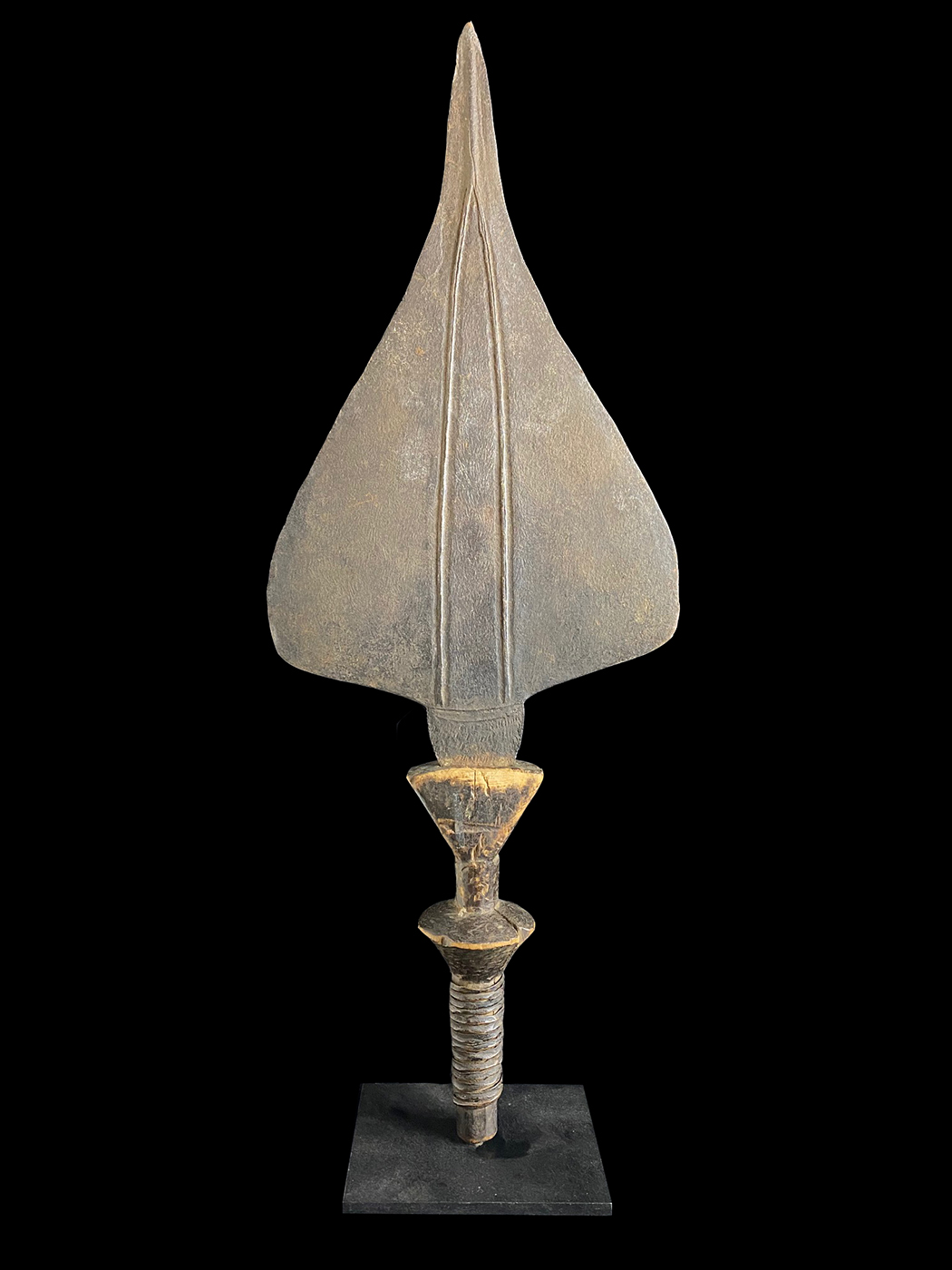 $475.00
This type of knife was used as a battle weapon. They were also used in tribal ceremonies as a symbol of rank and as a form of currency.
From the Tshuapa river mouth, or Bangala (Ngala). Bangala is the name of a station on the Congo River, set up in the 19th century. It also refers to the language, a dialect of Mongo that is spoken in the area. A number of tribes live in the area, all part of the Mongo ethnic group.
Height 21 1/2" x Width: 8" on a metal base that is 5" wide x 4" deep.