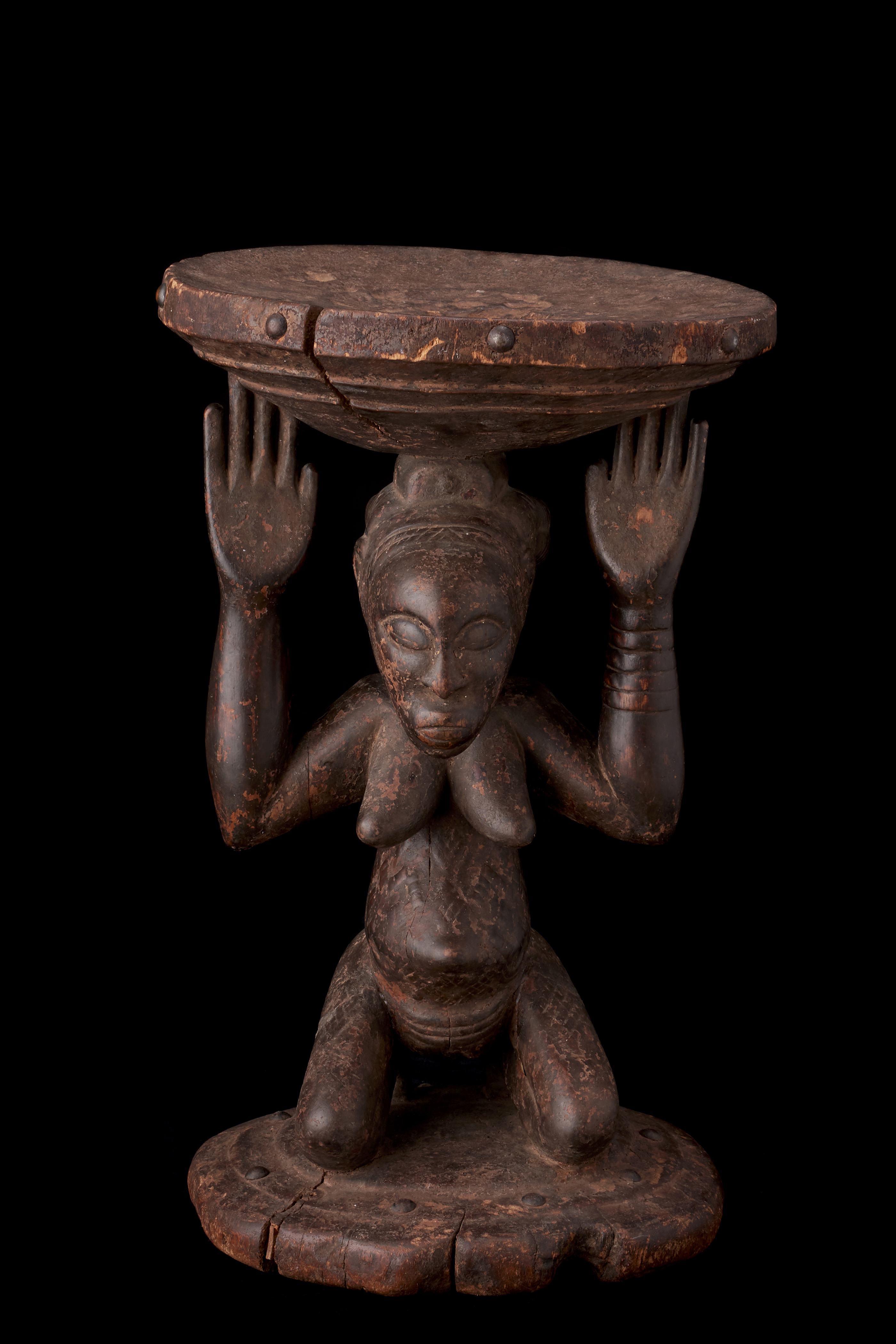 $1,250.00
The chiefs of the Royal Lineage, guarantors of the continuity of power, possessed stools such as this one, often carved with one or more figures, both male and female. According to Luba myth, Vilye was the first female spirit, founder of the clan and ensurer of fertility and the lineage.
Despite the functional form, royal stools were never used for sitting on, but are rather viewed as sacred insignia. They are metaphorical, not literal seats of kingship. Likely post WWII.

Height: 18 ¼" x Diameter: 11".
There are cracks and native repairs to the arms and legs and top, and should not be used for placing heavy objects, or for sitting on.