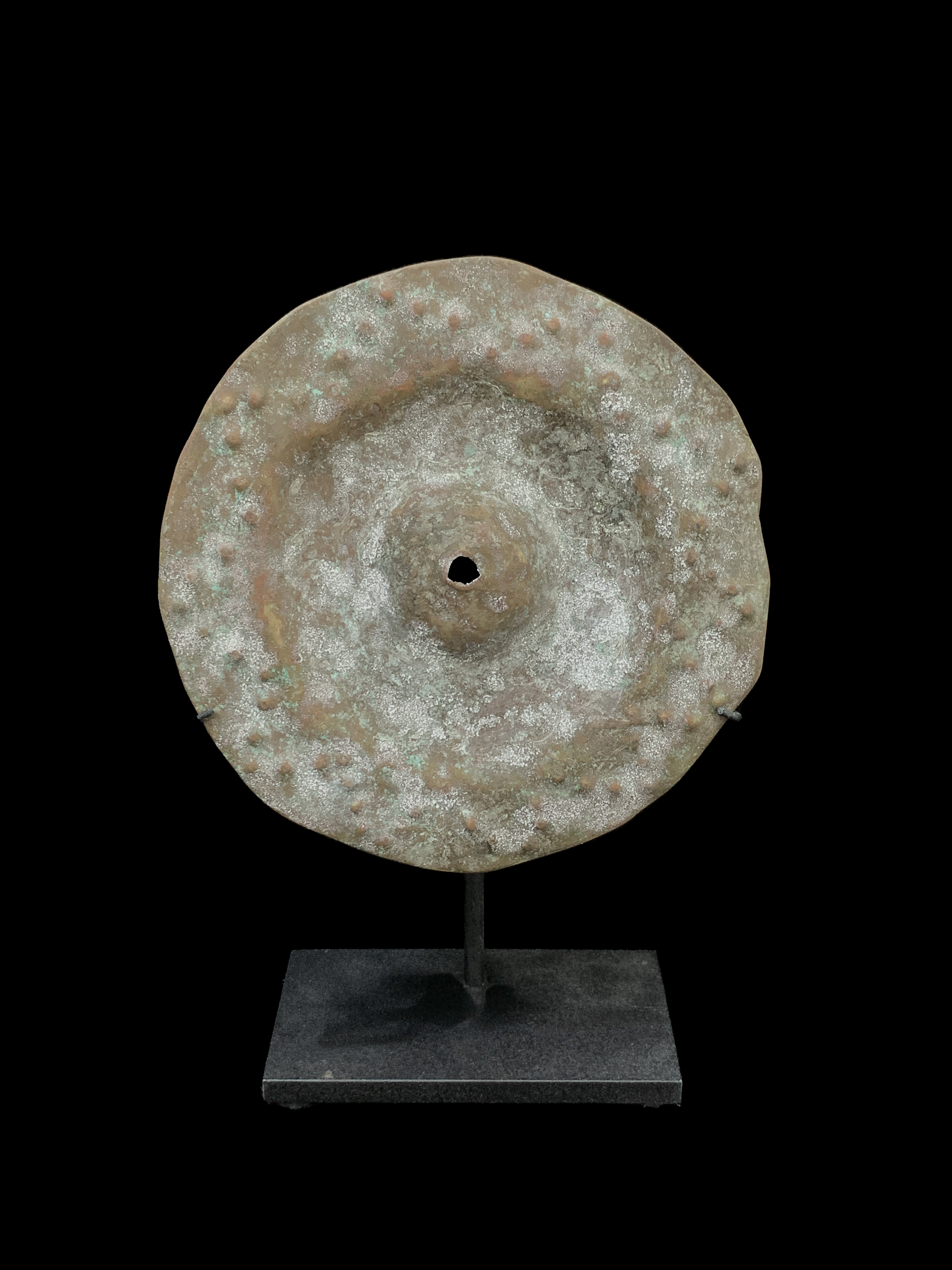 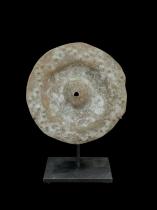 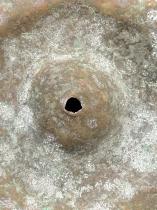 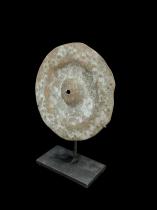 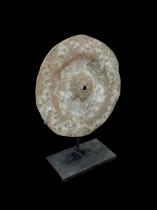 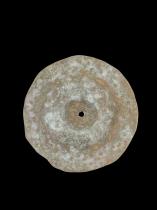 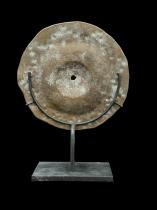 $195.00
The crown jewel!
Village chiefs (nkumu) among the Ekonda & neigh- boring groups wear a tiered hat (botolo) as an insignia of office and an association with the powers of the ancestors, important ritual functions, and divination. The botolo is a coiled basketry hat composed of several horizontal brims that increase in size from top to bottom. The hat, made of raffia fibers & often colored with camwood powder mixed with oil, is adorned with brass or copper disks. Copper, brass, and iron were used as currency in the Belgian Congo in the 19th to early 20th centuries. The presence of metal disks on botolo signifies wealth & prestige. A chief who is the first in his line must buy the botolo; if he is descended from a chief, he inherits his predecessor's "crown."