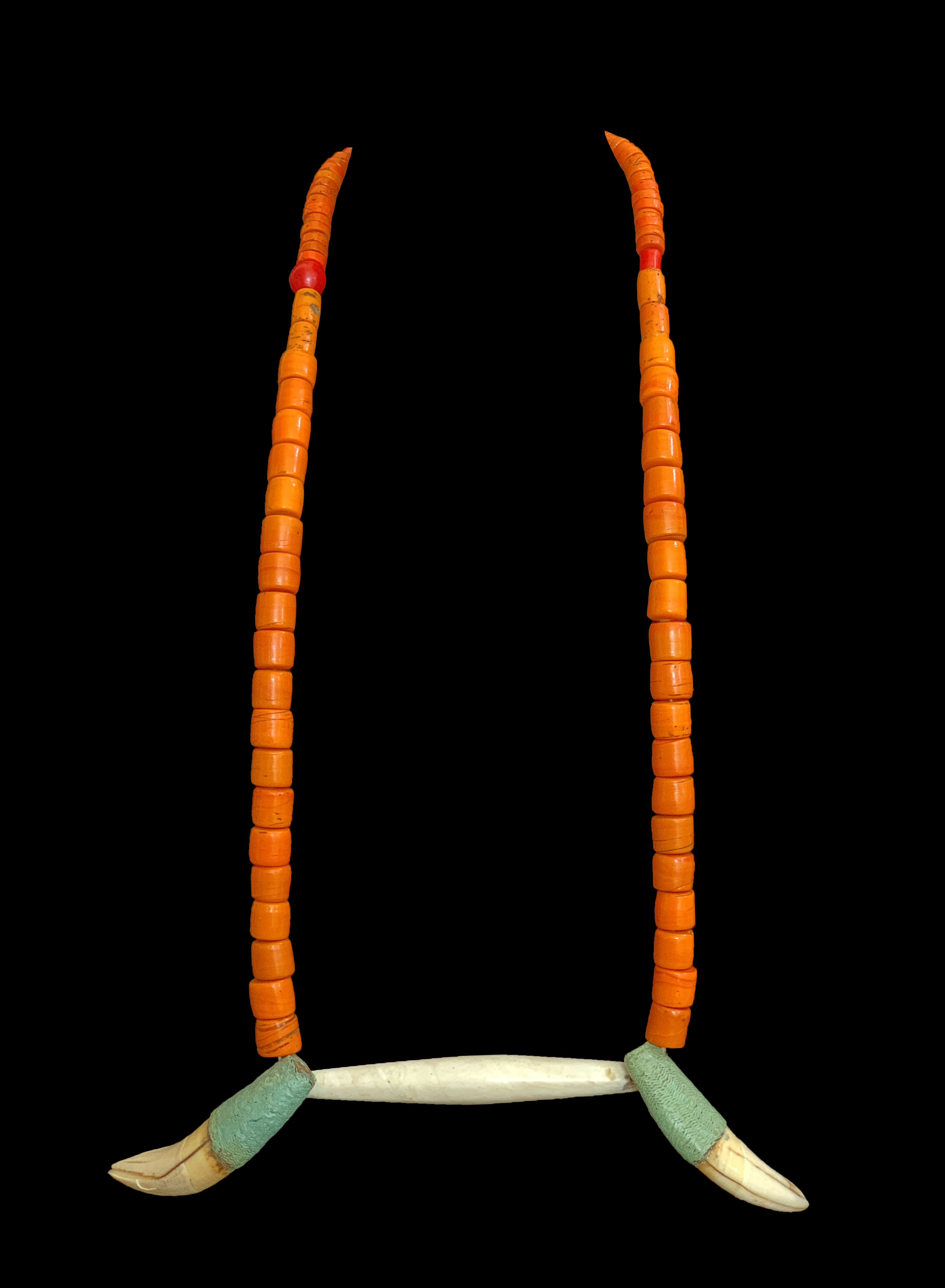 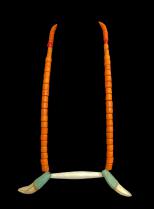 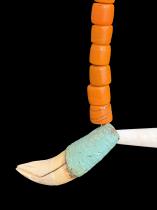 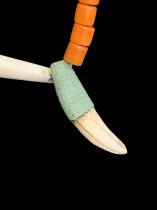 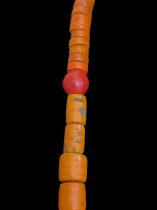 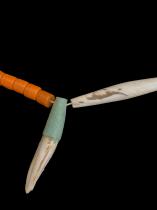 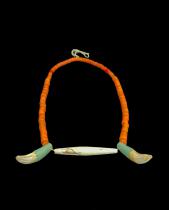 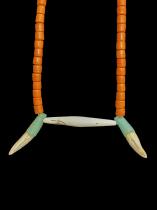 $395.00 Reg. Price $795.00   You Save $400.00
The Naga people are a conglomeration of several tribes inhabiting the North Eastern part of India and north-western Burma.
Europeans were struck by the Naga practice of headhunting. The Naga tribes practiced headhunting and preserved the heads of enemies as trophies! They no longer practice this ritual. The Naga hills have been an area of continued resistance as they had long been isolated from outside cultures.
Worn as a prestige symbol, with glass beads made to resemble precious red coral. "Naga" translates as "naked," due to their scant dress. For the Naga, their ornamentations are not mere decoration  theyre a part of the wearers identity and that of the tribe to which the wearer belongs. The central piece is part of a shell (probably cut from the center of South Indian Ocean chank shells (Turbinella pyrum), which are very similar to conch shells). Note, this would have been particularly valued by the Naga people, in that they live far inland away from the ocean.