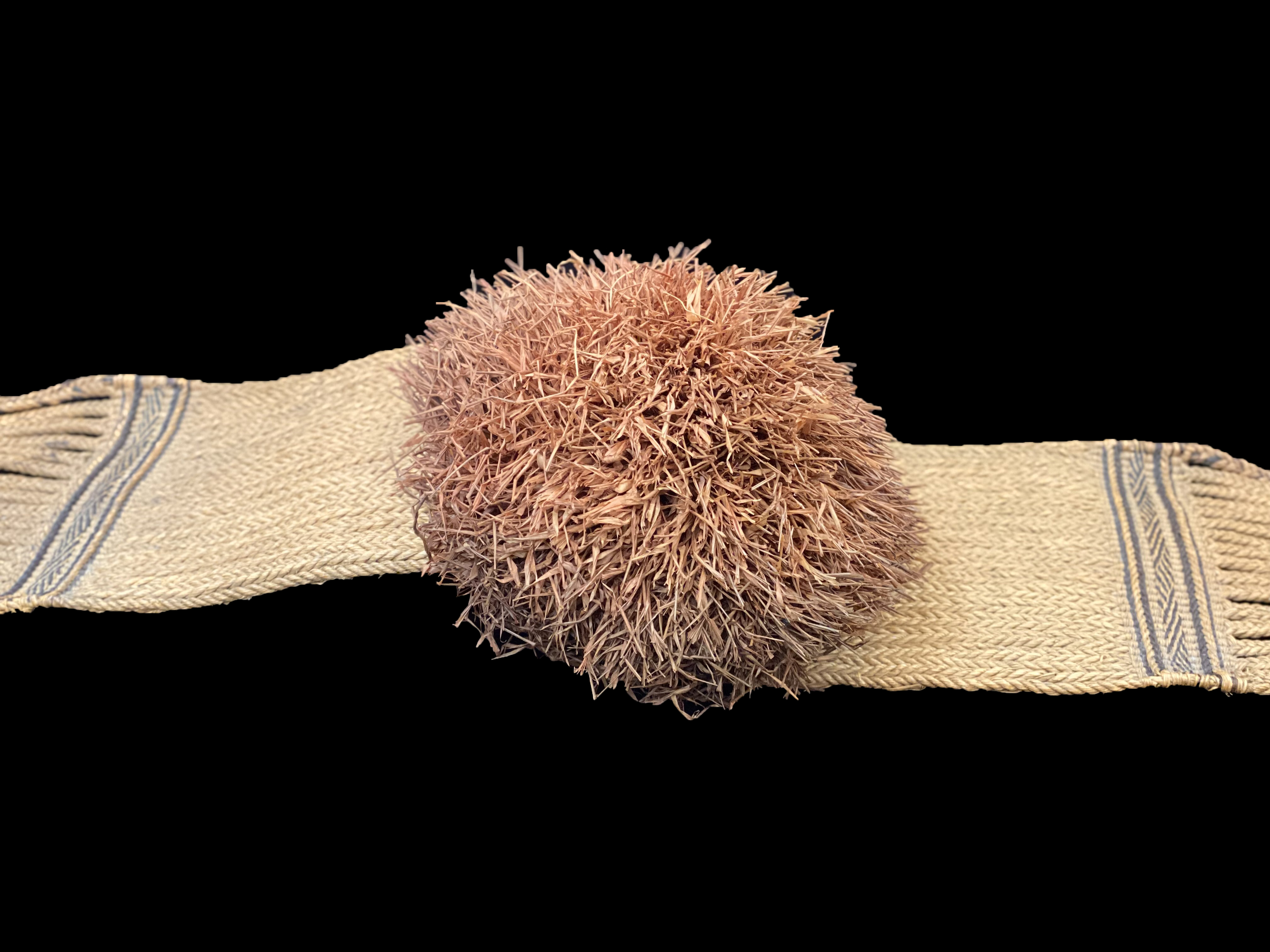 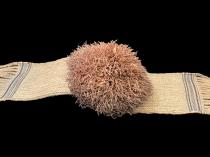 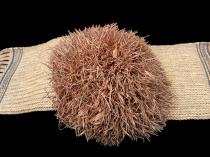 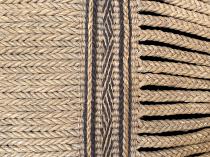 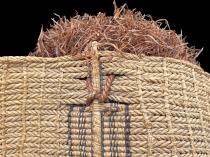 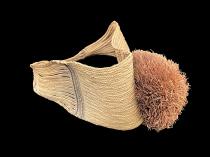 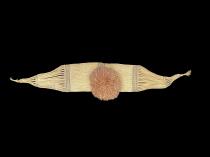 $245.00
A woman's belt of plaited and twined raffia, worn low on the hips. The globular tufted cut-pile pom-pom, worn at the back, bobbles provocatively as the wearer walks.
This unusual item is known as a bakonga and was worn by Mongo and Nkundo women from the Congo.
Each end has multiple plaited ties.
A similar example is illustrated in The Splendour of Ethnic Jewelry by Borel (1994, p. 70).
Originally collected in the Congo in the late 1940's - early 1950's by Ronald Suetens who worked for Sabena Airlines which was the flagship airline of Belgium.