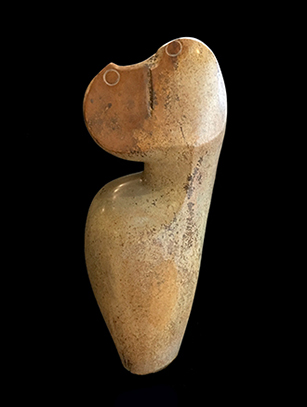 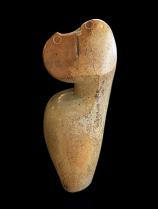 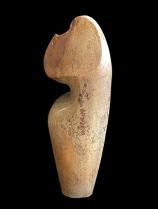 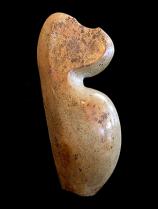 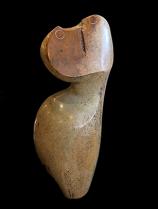 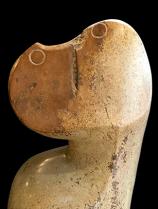 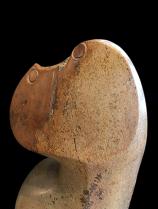 Provenance: Ex. Sweden Collection
Description:
THE LATE NICHOLAS MUKOMBERANWA.
Nicholas Mukomberanwa is widely regarded as the worlds
preeminent stone sculptor and Africas most esteemed artist in any
medium. Londons Arts Review journal touted Nicholas as the
natural successor to Henry Moore. Nicholas has exhibited his
work internationally for more than 35 years and has pieces in
many of the worlds top museums including the Museum of
Modern Art in New York and the Museum of Mankind in London.
Born in Buhera, Zimbabwe in 1940, Nicholas showed early artistic
promise when he began carving in wood as a young boy. His
continued development as an artist was sidetracked for several
years when he took a job as a policeman in his early 20s. While
off duty, Nicholas began experimenting in stone sculpture with the
assistance of several friends who were committed to developing
the form in Zimbabwe. He eventually decided to quit his job as a
policeman and pursue a career as a professional sculptor. This
risky move quickly paid off as Nicholas honed his ability and took
part in landmark shows in the late 1960s and early 1970s in
London and Paris. Permanent Collections The Museum of Modern
Art, New York The Museum of Mankind, London National Gallery
of Zimbabwe, Harare, and The Field Museum in Chicago.