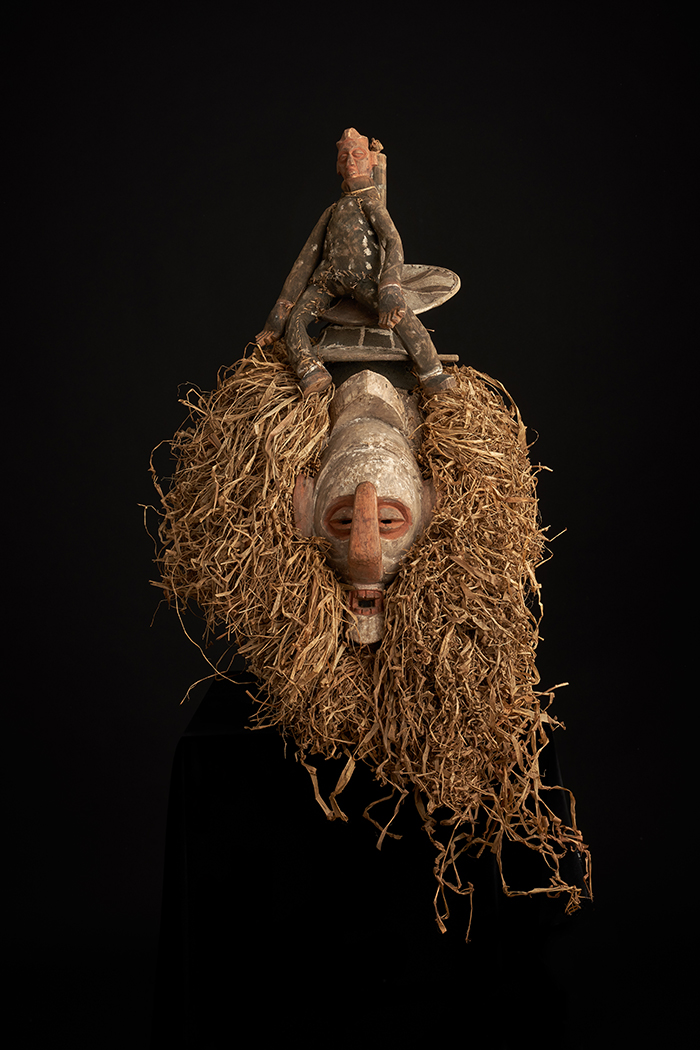 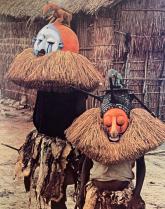 $975.00
Used to mark the transition to adult life, and worn by the Yaka on the occasion of the concluding ceremonies of the Mukanda bush school. The newly initiated "Tudansi" spend about a year isolated in camps to train in their various professions, such as hunting, singing and dancing designed to measure their strength and courage. These tests often culminate in the boys' symbolic death as children and rebirth as men. After pasing their ordeals and becoming adult members of the society, they perform a dance in all the villages of their district wearing elaborate masks such as this one. It was customary for the villagers to grant their every wish.
Height: 24 ½
Width: 7
Depth: 13
Stand not included.
Height with raffia: 38
Ex. Gelbard, Ex. Scott Rodolitz and Ex. Christopher and Genevieve McConnell collection. Authenticated by Arthur Bourgeois.