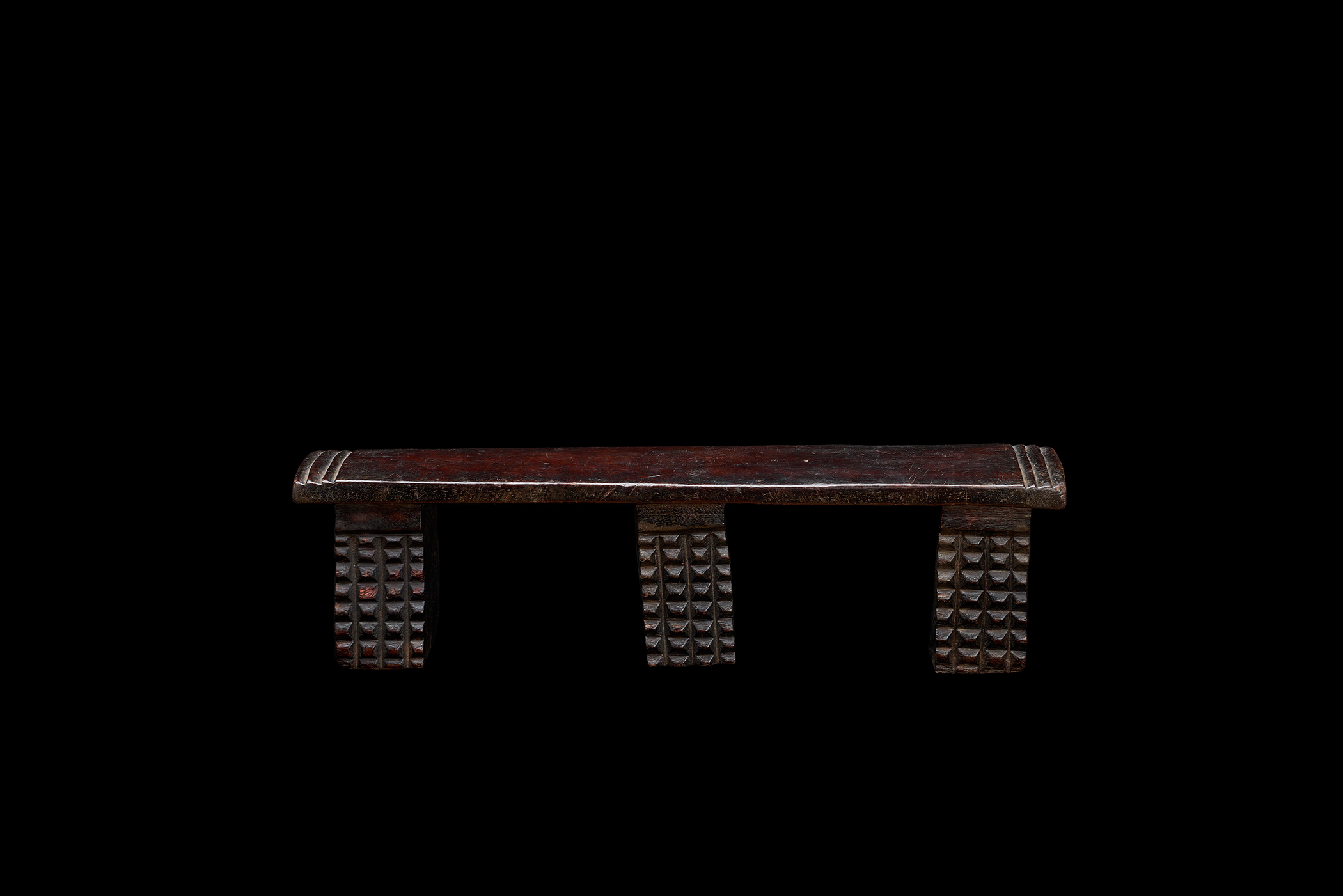 $3,600.00
"Objects among the Zulu were personal. Some were made expressly for their owners, and would become, in time, closely linked with that person's identity by association & a lifetime's use. A head- rest, for example, may have been brought by a bride from her parent's homestead as a betrothal gift to her husband's homestead. The headrest would be regarded as a link to her father's spirit and the amadlozi, her forebears' spirits." - Karl Nel, The Art of Southeast Africa

At the beginning of the 19th century, several tribes joined together and took the name of one -the ZULU. Their king reigned over local chiefs, called "Iduma," who, in turn, ruled over the people. Zulu men were organized in warrior age classes and were allowed to marry after a three-year initiation period.
The neckrests were carved from one piece of wood. Zulu headrests are characterized by the bumps or bosses known as "amusumpa," that are also seen on beer pots and spoons.