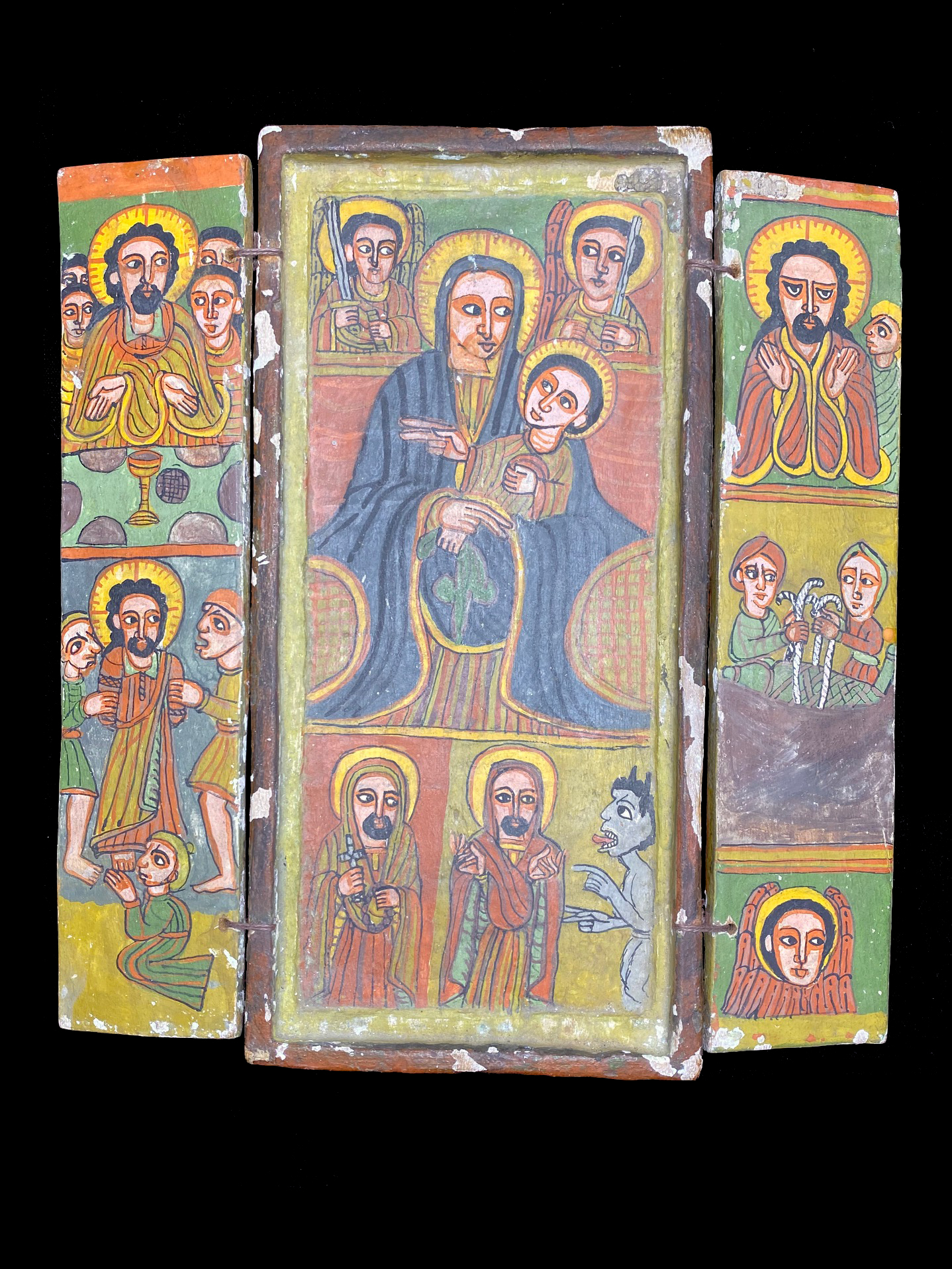 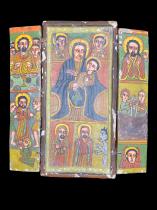 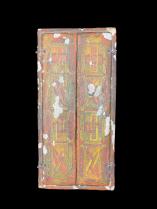 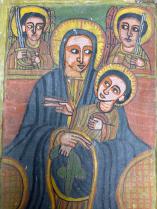 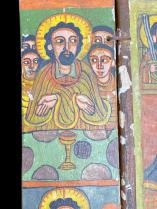 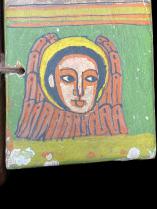 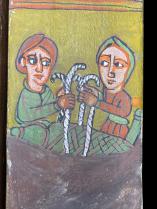 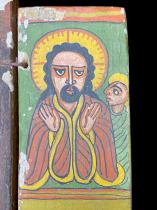 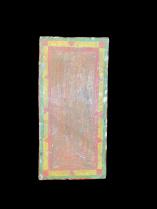 H:11.5" W:5.5" D:0.75"
ADDITIONAL DETAIL PHOTOGRAPHS ARE AVAILABLE SHOULD YOU REQUEST.
Aksumite emperor Ezana adopted the Christian faith in the 4th century, making the Coptic Church the oldest on the continent, and one of the oldest in the world.Many styles of crosses were made indicating the region in which they were designed. The large hand crosses were and are used by priests in processionals. A number of pieces in this collection had been on display in the Seattle Art Museum and was originally acquired 6 decades ago. We are particularly proud and pleased to have these amazing works available for you.

ex. Al J. Venter and ex. Dr. Richard Pankhurst. Here is a link with more information about Dr. Pankhurst
http://www.raceandhistory.com/Historians/pankhurst.htm
Al J. Venter is a specialist military writer who has had over fifty books published and has produced more than a hundred documentary films. With all his travels, experiences and adventures, he is an interesting fellow. I met Al back in Africa through his nephew when I was a teenager.
He worked for decades as a journalist and foreign correspondent writing for such prestigious organizations as NBC, BBC, London Daily Express and the Sunday Express.