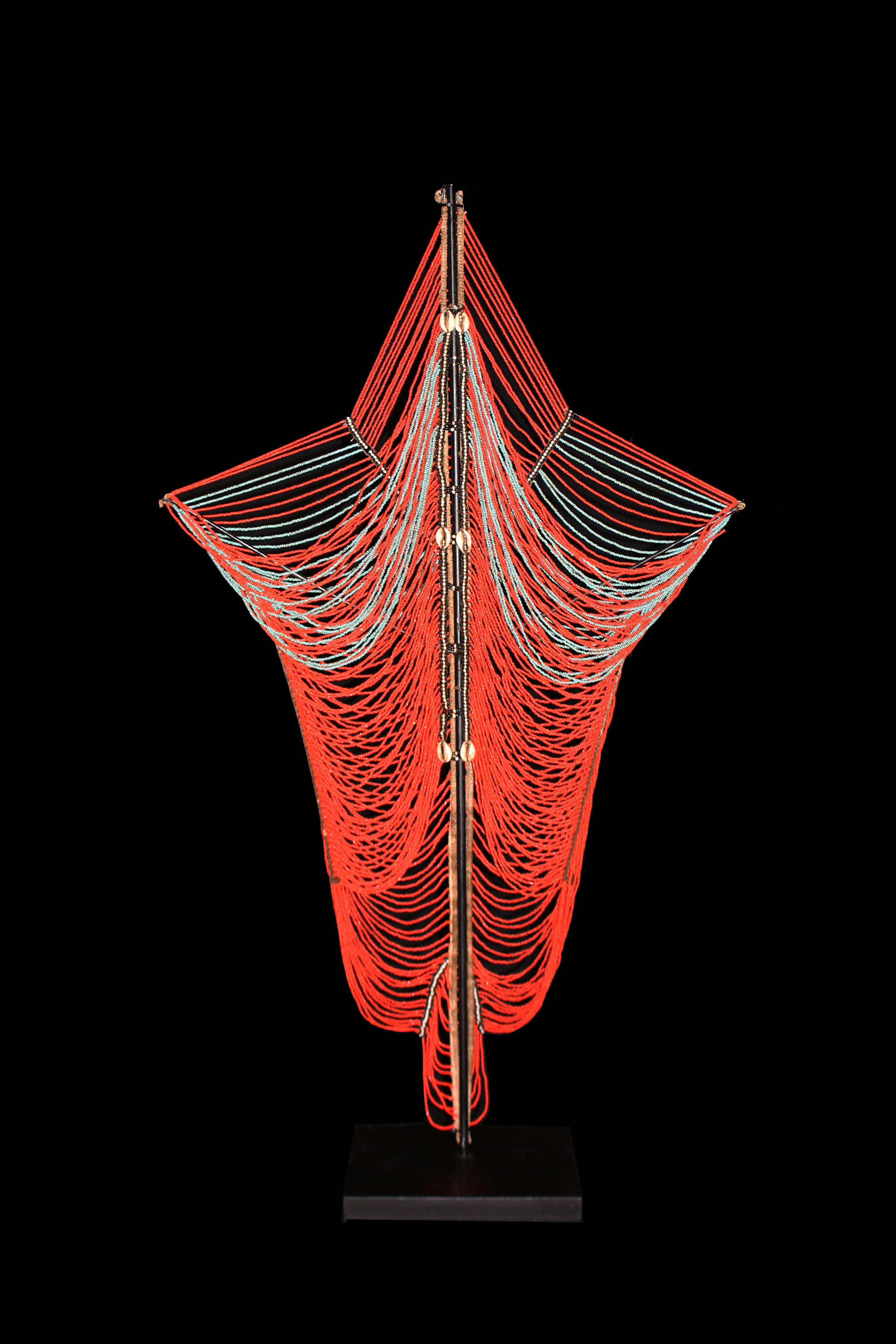 Title: Corset
Material: Beads and Natural Fiber
People: Dinka
Country: South Sudan
The Dinka language and culture is based on cattle herding. Courtship among the Dinka occurs primarily at dry season cattle camps, which are run by the young men and women.
The most prized possessions among the Dinka, except for their cattle, were their traditional beaded corsets. These striking garments are worn at all times, being removed only upon marriage or age progression.
The men's corsets are called Malual and are usually characterized by a high projection on the back, which indicates the wealth of his family. The color of the corset indicates the wearer's age group. The women's corsets are called Alual and are sometimes of a looser, bodice style. They are often decorated with cowrie shells, which are believed to promote fertility. The pattern of the beads indicates the wealth of the girl's family, as well as the bride price expected to be paid, in cattle, by the successful suitor.