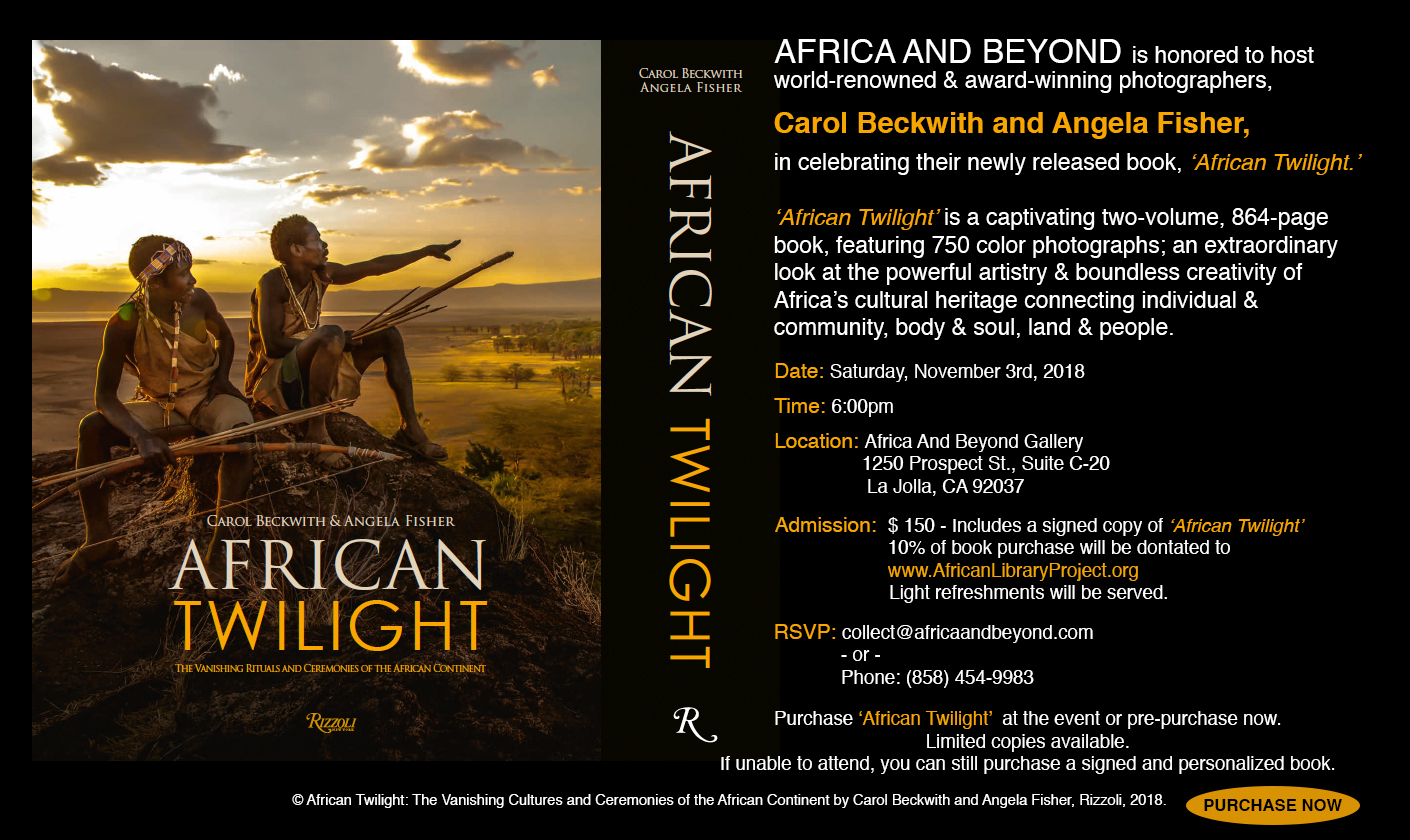 Title: "African Twilight: The Vanishing Rituals and Ceremonies of The African Continent"

For the last 15 years of their four decades of African fieldwork, world-renowned photographers Carol Beckwith and Angela Fisher have continued their journey across Africa, seeking out even more remote communities to record the sacred ceremonies, powerful art forms, and boundless creativity of the African Continent. Now, nearly two decades after their landmark book 'African Ceremonies,' 'AFRICAN TWILIGHT: THE VANISHING CULTURES AND CEREMONIES OF THE AFRICAN CONTINENT completes the journey, covering disappearing rituals and ceremonies from some of the most inaccessible corners of the African continent. Simply put, no other book like this exists or can ever be created again, as more than 40 percent of what has been documented here has already vanished.

"'African Twilight' is a captivating two-volume, 864-page book, featuring 750 color photographs; an extraordinary look at the powerful artistry and boundless creativity of Africa's cultural heritage, connecting individual and community, body and soul, land and people. 'African Twilight' is our passionate homage to the disappearing rituals and ceremonies of the African continent, the birthplace of humanity, where over 1,300 different ethnic groups have flourished in unique ways over the millennia." - Beckwith and Fisher from the Afterword 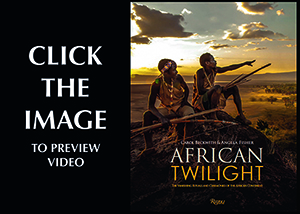