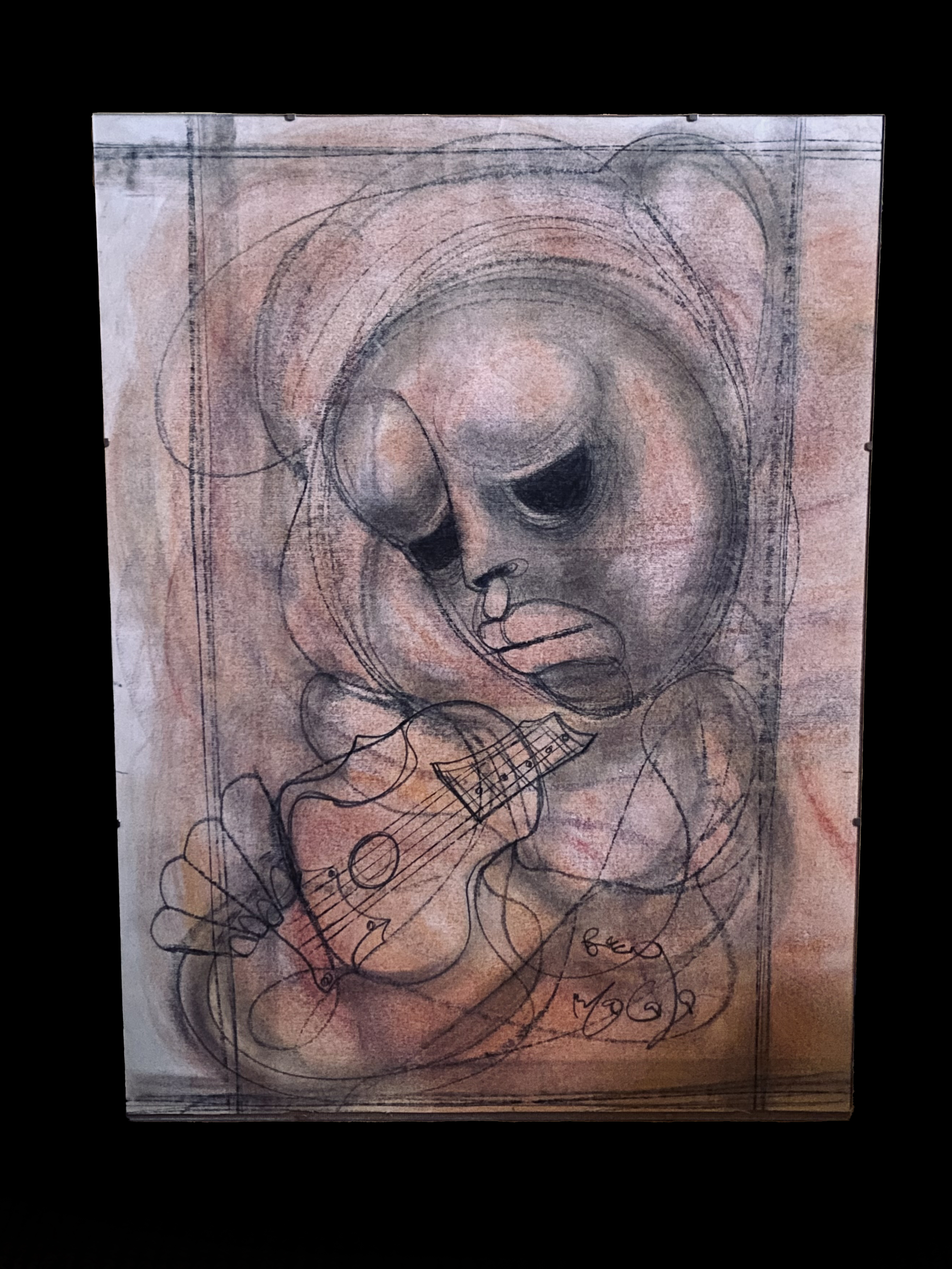 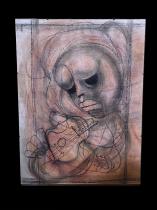 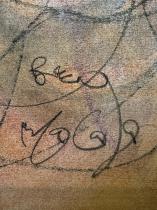 $475.00
Ben Macala
1937- 1997
Ben Macala was born in Bloemfontein, South Africa on 21 April 1937.
He spent his early years tending cattle on a farm, and did his first drawings on rock formations using stones. Later his family moved to Gauteng.
Macala's career as an artist began in 1965. Although he was self-taught he had trained under Cecil Skotnes at the Jubilee Art Centre in 1964, and in 1965 worked with, and received guidance from, Ephraim Ngatane. 1966 saw him studying under Bill Ainslie for a short period.
He held 13 exhibitions in Europe and the United States of America from 1967 to 1985. He was also one of the few Black South African artists whose work was seen locally, even during Apartheid.
Most of his works are pastel/crayon studies of people with the aim to show the dignity and tranquillity of his subjects.
These later became popularized and stylized and he began presenting these faces in group compositions. His latter works before his death tend to be more refined and also decorative, compared to many of his earlier works. Some notable exhibitions :

Ben Macala is noted for his unique style of drawing. His portraits depict modern South Africans in a pensive expression. His charcoal and pastel works have drawn the attention of critics for the passion and introspection he conveys so eloquently.