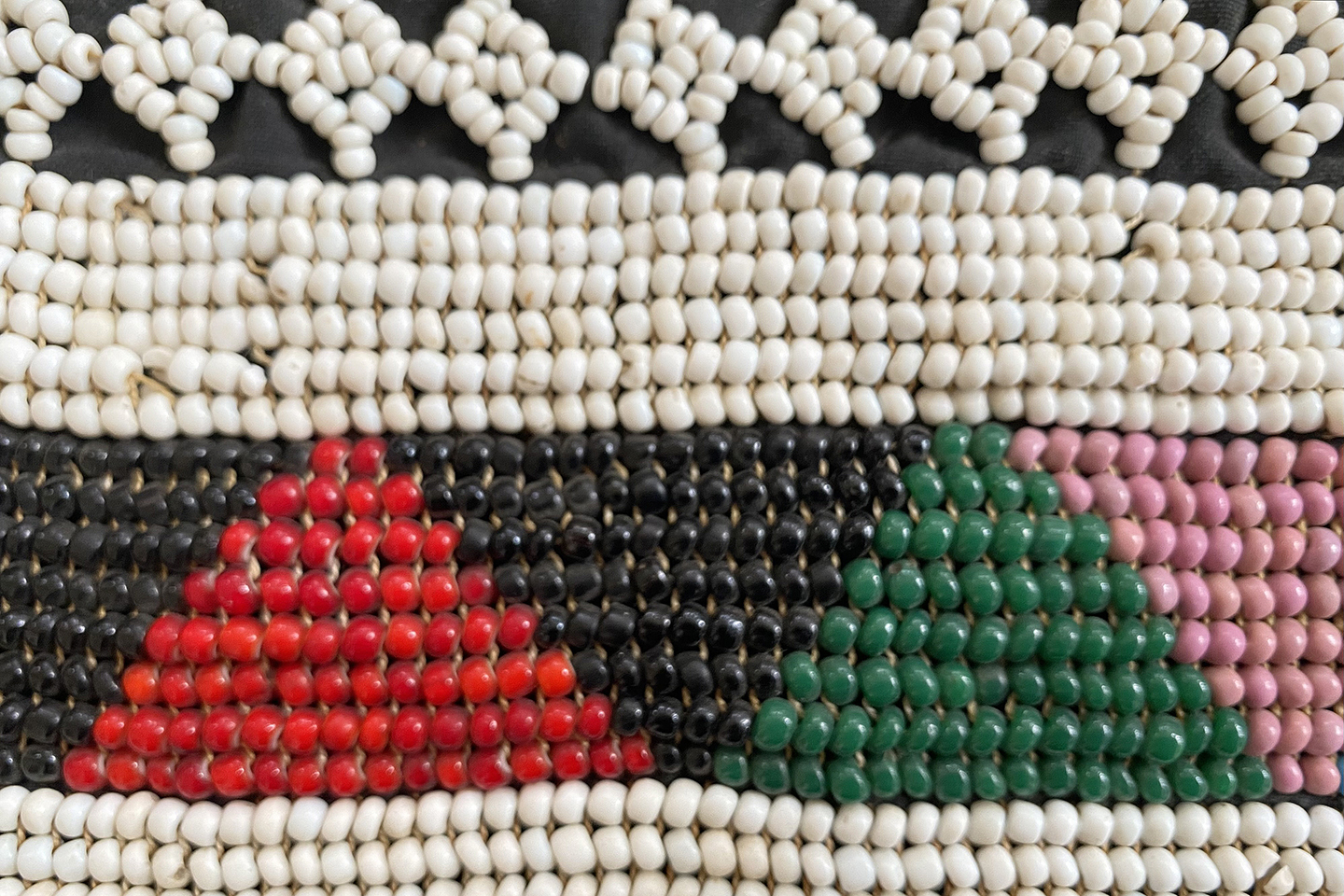 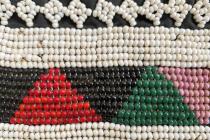 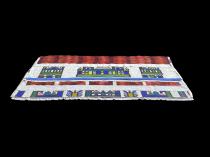 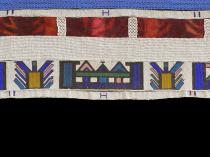 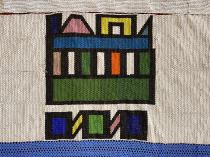 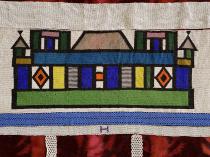 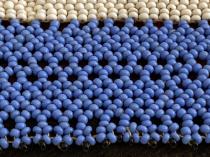 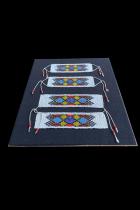 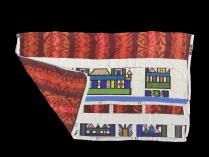 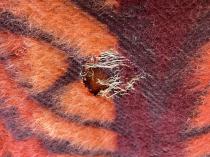 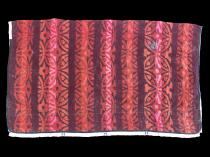 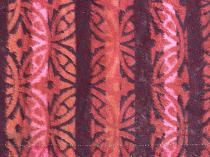 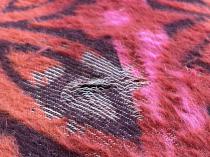 $2,800.00
An Ndebele bride was presented with a Nguba (sometimes called a 'Ngurara' or 'Irari') or beaded marriage blanket which was and still is one of the most impressive of all the traditional Ndebele garments. It can weigh as much as 22 pounds or 10 kilograms. When not being worn, it was draped over a carved wooden blanket board, which was suspended horizontally from the hut roof or wall.
The blankets were made from wool and are referred to as 'Middelburg' blankets, named after one of the largest towns in an area historically occupied by the Ndebele. One type of blanket has vertical stripes with bold colors that relate well to the colors of the beadwork used by the Ndebele and another has vibrant red and pink colors.
The blankets were decorated with beads in distinctive patterns similar to those found on Ndebele mural paintings. The beadwork imagery was customized by its owner and incorporated house forms, airplanes and other symbols of modern life. The blanket became a spectacular and elaborate item with strips of beading added throughout the course of the marriage. Beadwork still plays an important role in the various stages of Ndebele life.
According to Ivor Powell author of the book 'Ndebele - A People & Their Art', "Ancestors sometimes prescribe in dreams just how much beading a marriage blanket should carry."
According to the book 'African Heritage' by Barbara Tyrrell and Peter Jurgens published in 1983, "The blanket was part of the traditional dress for many years, but is now almost unobtainable. Both beadwork and blanket lore have been replaced by plastics and cheaper forms of decoration". Their dress is now, more often than not, Western in style. The few remaining blankets grace Museum and private collections.