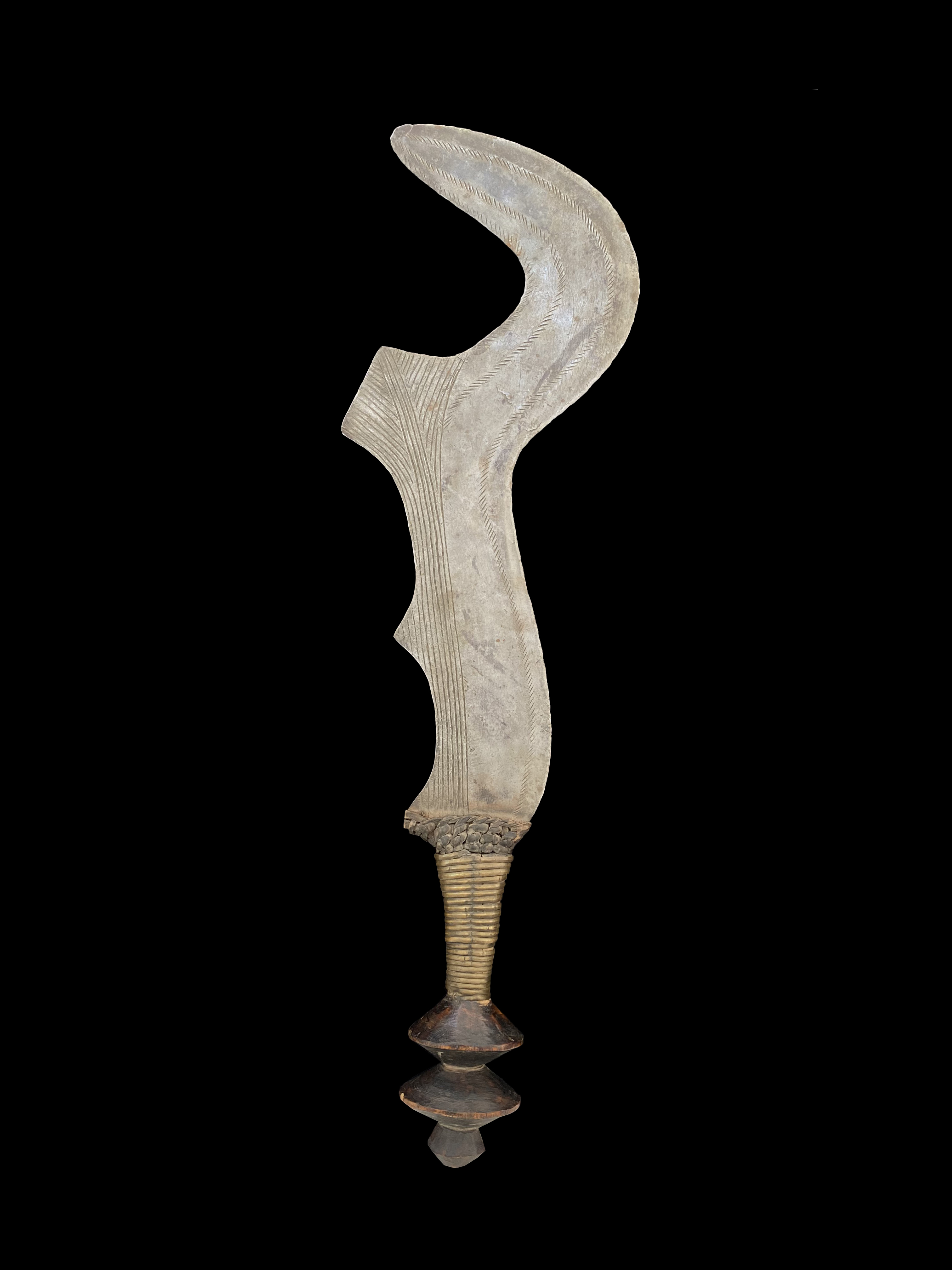 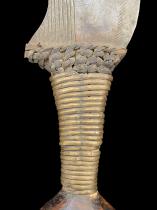 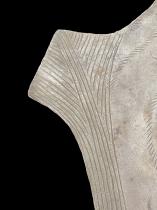 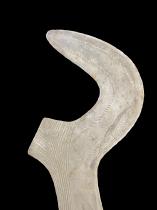 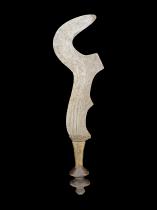 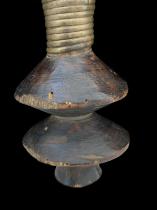 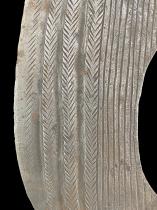 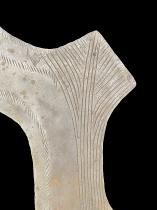 $895.00
Once a formidable symbol of power, the iron and wood executioners sword has thankfully been transformed into a ceremonial dance sword since the Belgians outlawed its use in 1900.
As symbols of power over life and death, African ritual swords were rarely employed in the execution of ordinary criminals who had been condemned to die.
Forged by Ngombe blacksmiths, but used by a number of groups such as the Ngombe and Doko in the area of northwestern D.R. Congo between the Congo and Ubangi rivers.

Originally collected in the Congo in the late 1940's - early 1950's by Ronald Suetens who worked for Sabena Airlines which was the flagship airline of Belgium.