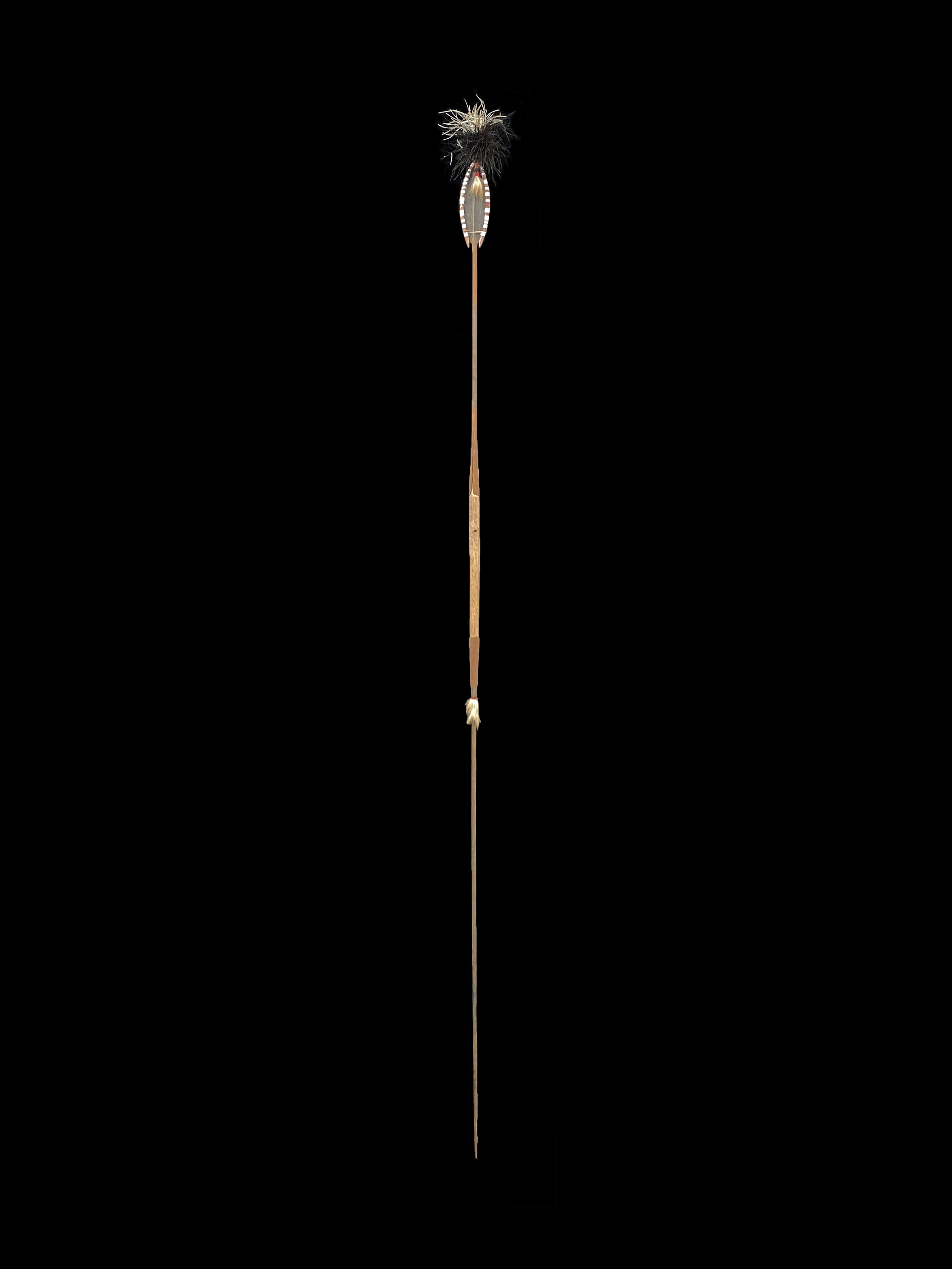 $145.00
The ostrich feathers and blade covered in a sheath on top of his spear was formerly a sign of peace.
No Samburu warrior worthy of his name would think of being caught without his spears. The Samburu warrior's long throwing spear is advanced in hunting animals as well as defending against bandits. Samburu spears break down into three components: The first is the spear head itself, attached to a thick wooden shaft. Second is the counter balancing butt spike also known as the shoe.

The Samburu tribe who inhabit Kenya's rugged northern frontier are a tall, lean people who eke out a living as semi-nomadic herders of sheep, goats, donkeys, camels and cattle. The warriors of the tribe known as "Lmurran" are particularly impressive, as they never cut their long braided hair and decorate their faces and torsos in beautifully intricate patterns using a cosmetic mixture made from animal fat and red ochre.