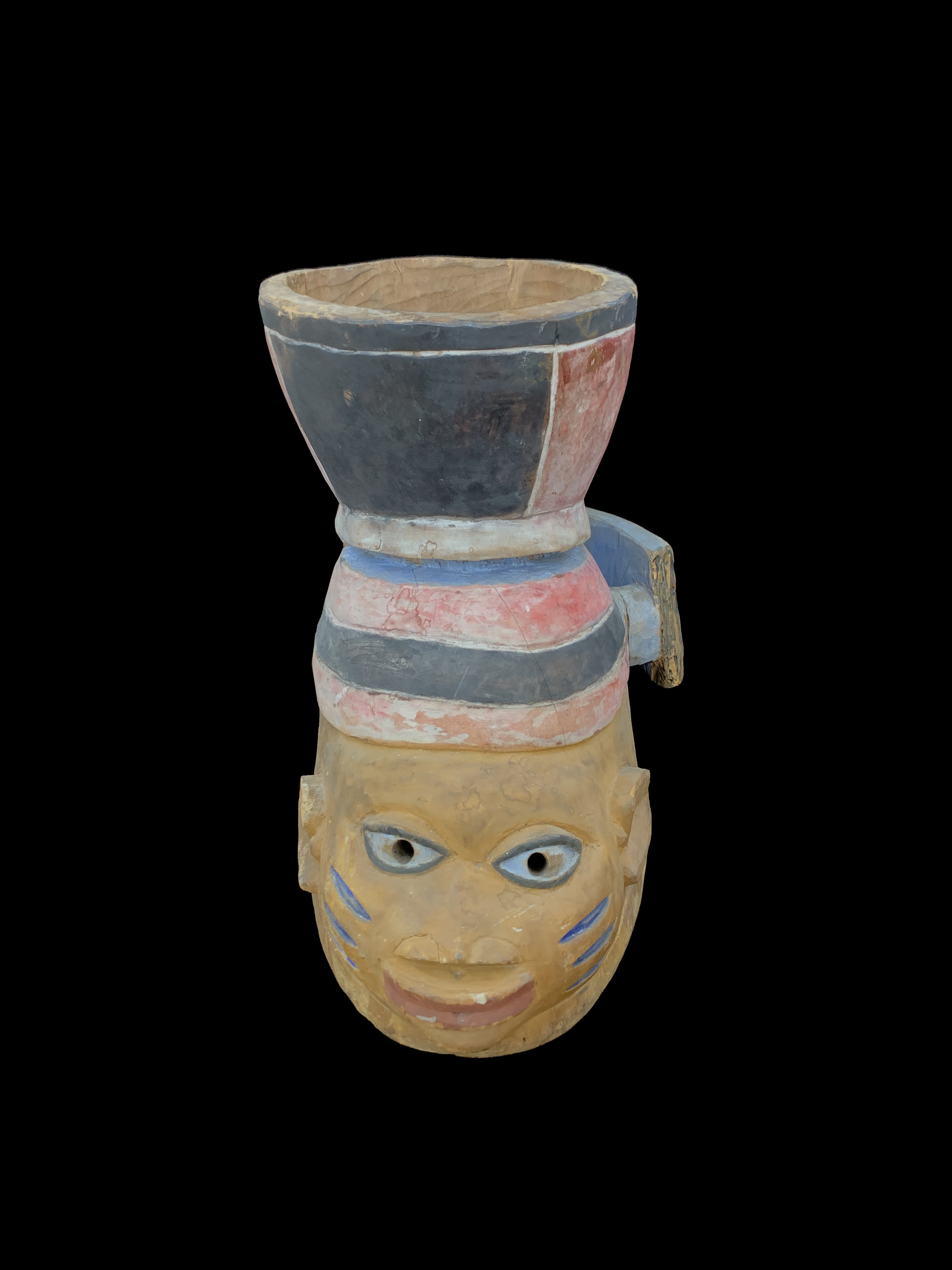 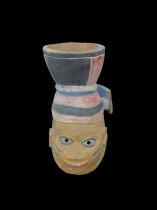 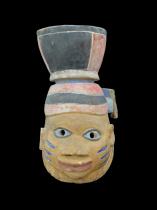 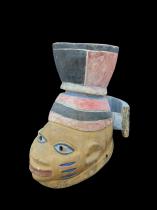 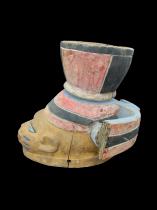 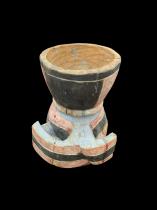 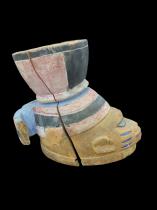 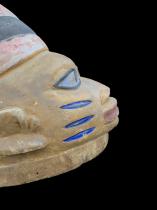 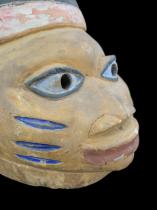 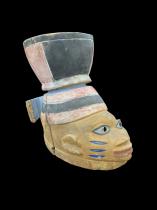 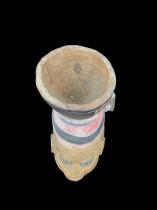 The Gelede association is located in southwest Yoruba land. The Gelede cults main function is the neutralization of the ill effects of witchcraft upon the community.
The songs and dances honor & placate our mothers awon iya wa who are believed to possess powers of sorcery. The primordial mother obtained power, ashe, from the creator god olodumare. Since that time the special power has been passed down through all women.
The mask represents the female spirit and is worn by a male performer for protection. It is also used to entertain & enlighten the community. Gelede's ritual aim is to channel this power in a favorable direction to society.