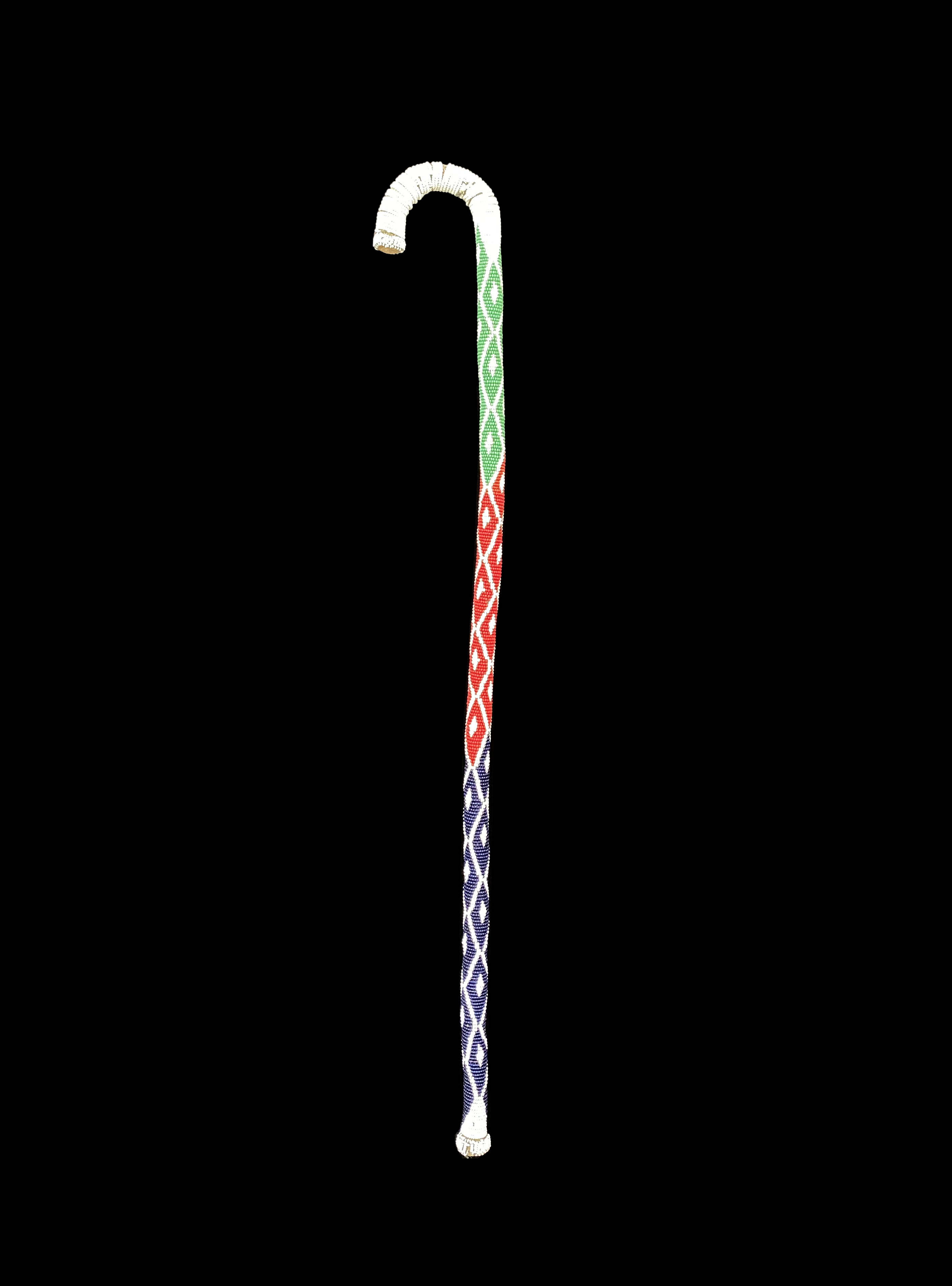 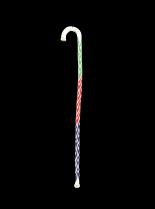 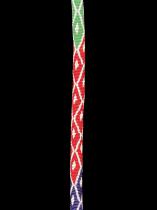 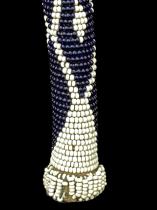 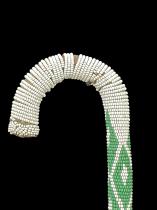 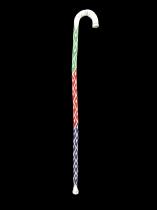 $195.00
Hooked end cane wrapped with strands of glass beads.
The Zulu, who live mainly in Natal, are one of many different peoples in South Africa who use beadwork. Early Zulu beadwork was an essential part of Zulu culture. A person's identity, age, marital status and social position were revealed by the quantity, style and colors of his or her beadwork. In the late 19th century, when the power of kings started to diminish and European populations moved to Natal, trade goods were prevalent and beadwork production surged. But by the mid-20th century, the effects of Westernization and the prohibitive cost of beads caused the production and use of beadwork to decline. Today, beadwork is worn only as adornment in traditional ceremonies and during festivals, and traditional forms have been expanded to include modern items such as canes.